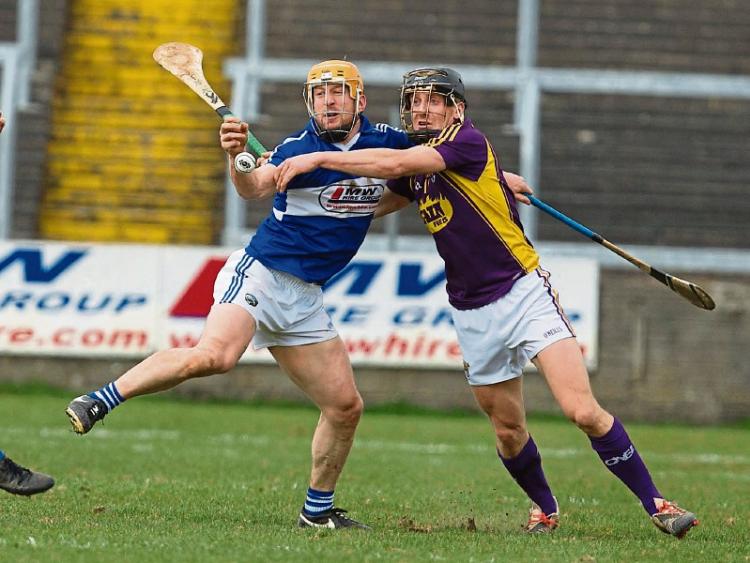 This Sunday will see the Laois senior hurlers welcome Wexford to O'Moore Park for their much-anticipated Leinster SHC quarter-final clash.

The Slaneysiders will come to O'Moore Park in fine fettle, after an excellent league campaign and enjoying the buzz around the county since Davy Fitzgerald rolled into town.

They will be expected to account for Laois without too much fuss, but with Eamonn Kelly's team on a four-game winning streak, local supporters can head to the game quietly confident of bringing a halt to the Wexford bandwagon.

It would be a remarkable feat for Laois to pull it off, but the week before a big championship game is the perfect time to let the imagination wander, and beating Wexford is a lovely thought indeed.

Laois have come out of the Leinster Round Robin series in good form, winning all three games and showing impressive character and resilience throughout the series. They are now headed for a massive step up in class, but they are better prepared for that challenge than they would have been if they were heading in cold to play Wexford.

They are missing a handful of players, which unfortunately has become the norm for Laois this season, as the year has extended into one long injury crisis. This time, it is Paddy Whelan and Ryan Mullaney to miss out, while Cahir Healy remains touch-and-go.

If Healy can be dipped in Lourdes water with some degree of regularity between now and Sunday, then Laois should do exactly that, because the Portlaoise man's drive and leadership would be most welcome against a dangerous Wexford attack.

In his absence, Laois will likely retain the same six defenders which started against Wexford, as Cha Dwyer settles into centre-back more and more, while Matthew Whelan would prove to the ideal man at wing back, if Wexford place Jack Guiney at wing-forward, as they did during the league.

Lee Cleere and Dwane Palmer have impressed this year, but Cleere in particular, having only made his senior debut in that league game down in Wexford Park. The physicality of senior intercounty hurling hasn't fazed him, and he'll experience a whole new level of it this weekend.

Leigh Bergin has arguably been Laois' best player this year in the unfamiliar surrounds of full-back, but the Laois backline as a whole have conceded too many goals this year. They allowed seven in the three round robin games, and if Wexford are afforded similar opportunities this Sunday then they will be ruthless.

If Cleere or Palmer get dragged away from a position where they could provide cover to Bergin, then it is up to either the Laois half-back line or midfield to recognise this, and get back to try and plug things up around the middle.

At midfield, Laois could hardly ask for things to be going any better, certainly in an attacking sense. Paddy Purcell and Ross King have scored 4-43 between them in the three Round Robin games, with 4-15 of that coming from play. Both could claim to be in the best form of their careers, certainly at intercounty level, but they will have as much defensive as attacking work to do this Sunday.

Up front, there are probably two areas Laois need to work on. Firstly, they need to get a better quality of ball going into Neil Foyle. The Borris-Kilcotton man hasn't been blessed with a great supply so far, but he's been turning water into wine at full-forward. Of the five goals Laois scored in the Round Robin, he set up four of them, and scored the other one himself. He is handful for any full-back, but Laois have to get the ball into his hand more regularly.

Too often the ball into him appears a little rushed, so a bit more composure in possession could reap huge rewards this Sunday.

The other thing Laois need to try and improve on is the form of Picky Maher, who has yet to really cut loose in a blue and white jersey this year. With Ross King on frees, Maher seems to be struggling to find his rhythm in games, and his confidence looks to be a little low as a result.

Finding out exactly where to play him that would allow him to most influence the game is a big task for the Laois management team, but if they can get him firing on all cyclinders it would be an incredible boost for the team.

Willie Dunphy should be back from injury too, so there is enough firepower there, if Laois can give them the right type of ball, to punch holes in the Wexford defence.

It really is a big ask though, but it is no bigger than the one that faced Cork last Sunday. With their confidence high, and with a raucous home support, Laois are good enough to ask some serious questions of both Wexford, and themselves.

Throw in is 3pm this Sunday, make sure you're there in plenty of time.