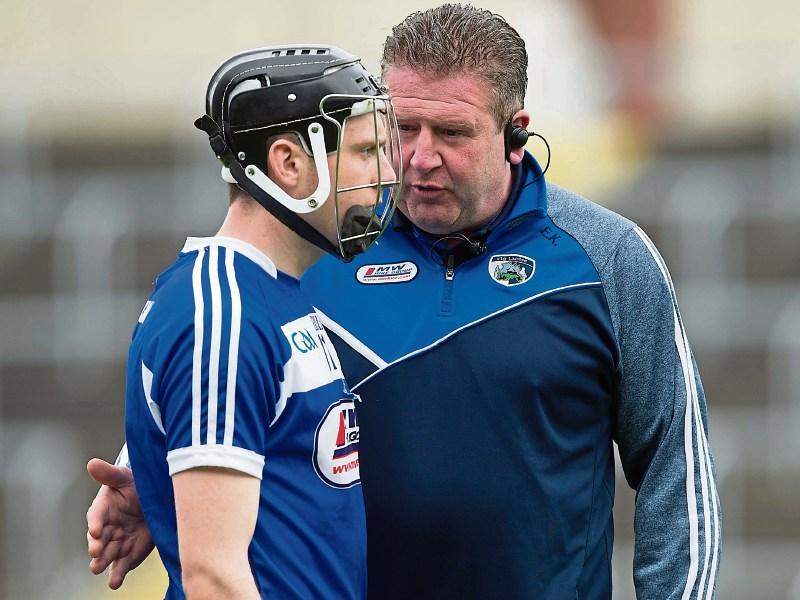 Laois manager Eamonn Kelly has urged Laois supporters to come out in force for this Sunday's Leinster SHC quarter-final clash with Wexford, as his team bid to pull off one of the county's biggest ever wins at this level.

Kelly brings a young, in-form team into the game, and speaking to the Leinster Express this week, he confessed he would love to see a big home crowd in Portlaoise this Sunday to counteract an exected horde of Wexford supporters who will be travelling up for the game. “We had a fair crowd that travelled to the game in Tralee, and you could see that it means so much to the players.

“These are a really genuine fellas, and it means a lot to them to play in front of their own supporters, and it would be great to see a big crowd there on Sunday.”

While Laois are currently on a run of four wins in a row, the last game they lost was against Wexford. However, on that occasion they turned in one of their best performances of the season, as they put Wexford to the pin of their collar from the start of the game, eventually losing by four as Wexford hit three points in injury time.

If Laois need something to drawn on ahead of the game against their more vaunted opponents, then that performance is surely it, but Kelly wasn't reading too much into it. “We won't be dwelling on that Wexford game for too long.

“The first thing to take from that performance is that it means Wexford won't be taking us for granted this weekend, so they won't be caught on the hop. If the lads take stock of their performances, they have been competitive with Wexford this year and last year in the league, but this is a different Wexford team.

“They are coming into this game on a bit of a high, and they have the 'Davy' factor behind them as well, so they will be a major challenge for us this Sunday.”

While the challenge facing them is indeed a great one, Kelly has been delighted with the attitude of his players in the build up to the game. They have trained well, but he knows they will have to produce their best performance of the season to get a result. “With a young squad, you might say some of the Kerry performance wasn't ideal, but to win in the way we did was very impressive.

“They showed a lot of character to win when they weren't having one of their best days, but we probably haven't put it all together for a full seventy minute performance yet.

“We have played well for fifteen or twenty minutes here and there, but we'll have to play well for the full game on Sunday. If you slip away even for a few minutes against a team like Wexford, then you'll be punished.”

If he's looking for more positives ahead of the game, then he only has to look at the mood in training. “Our internal games in training are as good as any practice match, they are very, very competitive, the lads know if they play well they'll have a chance of making the 26 on the day.”