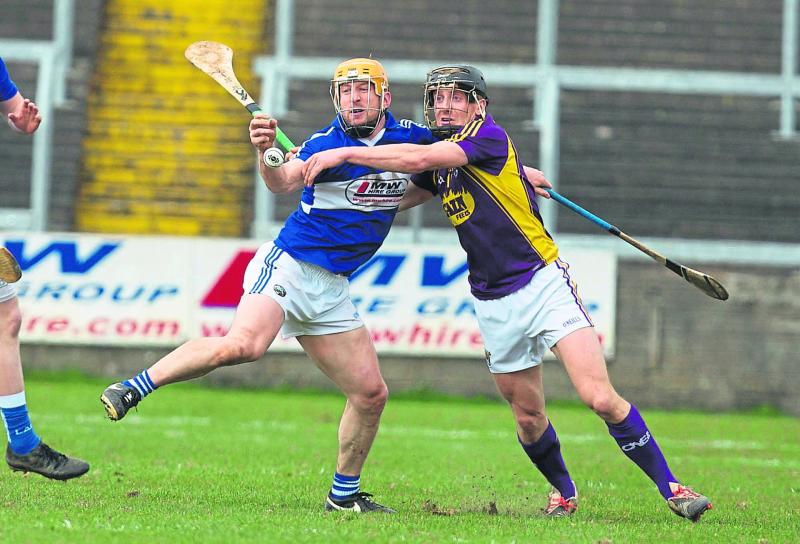 Wexford are through to face Kilkenny in the Leinster SHC semi-final, after a routine victory over Laois in O'Moore Park.

Davy Fitzgerald men had 14 points to spare over Laois at the final whistle, as they moved through the gears in the second half to wrap up the win.

The first half started at a frantic pace, and Wexford's David Redmond almost had the ball in the Laois net inside of 60 seconds, but Laois defender Lee Cleere got back to hack it off the line.

Laois made the most of the reprieve, as Stephen Maher opened the scoring with a fine point from the right wing. Ross King added another Laois from play, before firing over a free to push Laois three clear.

All of that good work was soon undone, however, when Harry Kehoe fired in a goal for Wexford, after some lax defending from the hosts. Conor McDonald then pushed Wexford in front, but a brilliant point from Paddy Purcell meant that Laois kept pace with them.

King (free) and Jack O'Connor traded point to keep the team level, before Wexford hit a brief purple patch, hitting three points without reply to leave the goal in it, 1-5 to 0-5, with a little over 20 minutes played.

Ciaran Collier broke that run with a point for Laois, but Paul Morris replied almost instantly for Wexford.

Davy Fitzgerald's side were trying to put as much daylight as possible between the teams coming up to half time, and another run of three unanswered points saw them six clear, and Laois in real trouble.

In fairness to the hosts, they refused to go quietly, and King (free) and John Lennon pared the lead to four, but Jack O'Connor's late Wexford point left it 1-11 to 0-9 in favour of the visitors at the interval.

The opening stages of the second half was where Wexford won the game, as they abandoned their tactic of going for goals at every chance, and instead tapped shots over the bar and built up a lead.

They hit five points to Laois' one in the opening five minutes of the half, before David Redmond got in behind the Laois defence to fire in their second goal.

That put Wexford thirteen points clear, and there was no way back for Laois at that stage. Further goals came from Jack Guiney for Wexford and Paddy Purcell for Laois, while Laois finished with 13 players after Cha Dwyer and Willie Dunphy were sent off.