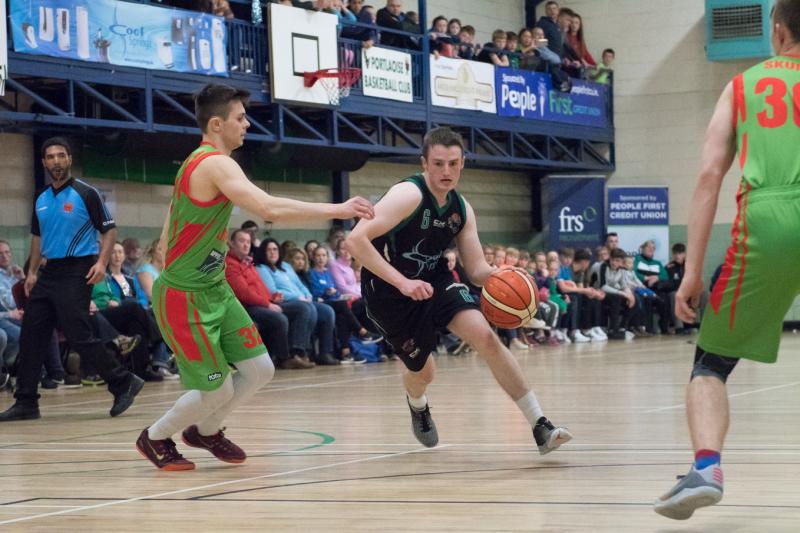 Portlaoise Panthers will field a senior mens team in Division 1 of the National League, in what is another ambitious move forward from the club.

For the first time in the club's history, they will now field two adult teams at National League level, with the club's senior womens team also in the Super League.

The club were subjected to an interview process with Basketball Ireland over the weekend, and their application has now been successful. They, along with four other teams, have been admitted to the Division, and with 15 teams now taking part, it could yet be split into a North and South conference.

Speaking to the Leinster Express today, club member Peter O'Sullivan revealed the club have been building towards for the last twelve months. "We looked at it last year, and we have been putting plans together since then.

"We brought back four or five lads that have played in the National League, so the next step was to go into the national league. We will be looking to recruit an American as well, and we have two or three Lithuanians who will strengthen the panel as well."

The club have been going from strength to strength in recent years, with a raft of Irish youth internationals in their ranks, while they recently saw Claire Melia, a member of their U-18 and senior teams, capped at senior level with Ireland.

They have welcomed Benny Carroll and Kyle Burke back into the fold, who have played National League with IT Carlow. Gediminas Simkus has also returned, and Mantas Vilimas, who played with Kestrels last year, has also signed up, as he now lives in Portlaoise.

The club's senior ladies team will be coached by Peter O'Sullivan next year, and they are also in talks with a coach for the senior men's team, with no one confirmed at the moment.

Basketball Ireland Chief Executive, Bernard O'Byrne, also spoke of his delight at seeing the club's men's team play at national league level. "“We are delighted to see a midlands team come in to the Men’s National League with the arrival of Portlaoise Panthers. They have enjoyed a lot of underage success and have a women’s team in the Super League so this was the next logical step for the club and we look forward to welcoming them."

The new season will begin in late September or early October this year.