COMMENT - When it comes to Cumann na mBunscol, sometimes winning can cost too much 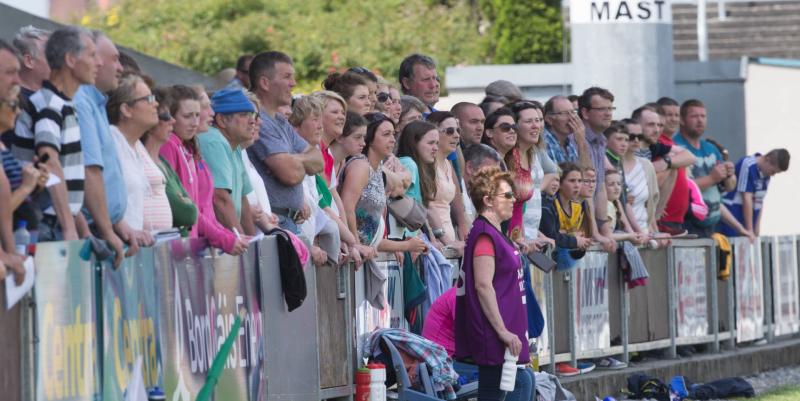 The above line is taken from the Cumann na mBunscol website. It is written into their constitution.

Unfortunately, the atmosphere of fun and enjoyment which surrounds practically all Cumann na mBunscol finals quickly dissipated last Thursday evening. And we can't blame the children for it.

Castletown NS played Scoil Bhride Knockmay in the Boys Division 8 final at 5pm. Five minutes before throw in, the murmurings of discontent had started. This was to be Castletown's 'B' team, as the school already had a team playing at a higher grade. It was Knockmay's 'A' team, which is operating in Division 8 as they try to give hurling a good foothold in the school.

It quickly emerged, however, that Castletown had drafted in a number of their 'A' team to play in the 'B' final. The behaviour of the Castletown teachers and mentors before the game suggested as much, as they refused to provide an accurate team list to the media.

To put that in some form of context, I would estimate that I've covered in the region of 200 Cumann na mBunscol finals, between football and hurling, since I started writing for this paper, and this is the only time a school has refused to give me their team list.

A further request after the game for clarification on the team list was met with more inaccuracies.

We have since been told that no rule was broken by Castletown, but the spectre of morals and ethics looms large here. The school clearly knew what they were doing was wrong, otherwise they wouldn't have went to such lengths to disguise exactly who was on the field for them.

Afterwards, we spoke to Monica Kennedy-Phelan, the Chairperson of Laois Cumann na mBunscol and, as it happens, the principal of Castletown NS. Her initial response to questions about whether Castletown played their 'A' players was that "Well, Knockmay played all of their 'A' players", a statement so ridiculous we'll leave it stand on its own without further comment.

We were next told that Castletown fielded their 'A' players on "Health and Safety Grounds", because the Castletown 'B' team was too small, and they were afraid they couldn't compete.

If that is the case, you have to wonder why on earth Castletown fielded a 'B' team at all, if they were too small to play. It could also be read as an accusatory statement towards Knockmay.

The game was by no means physical or dirty, and the only incident of an injury this reporter can recall came in the second half, when the Knockmay goalkeeper flung himself in front of a Castletown attacker to save a certain goal. It was an impressive display of bravery from the young man, and he ended up in a heap on the ground after it. After a moment to catch his breath, he got up and played on.

The tricky thing to grasp here is why Castletown would do this, what benefit they thought it would bring them, and why they would go to such lengths to cover it up?

It will have done nothing to improve the so-called weaker players in the school, the better players have won a final they didn't qualify for, and it has brought nothing but ill-feeling and scorn on the school from both outside and inside.

What is the message they send their own students pupils too? That it's better to win unethically than compete with honesty?

Knockmay have to be considered here as well. Will this incident help them to promote the game of hurling in the school? Will some of these players give up hurling because of this? Could you blame them if they did?

The whole thing was nonsensical as well. Trying to cover it up on a day when they knew there would be a team photo taken, that there would be reporters from local media outlets present, along with the biggest crowd the team have played in front of all year, is, to put it bluntly, daft.

Cumann na mBunscol games are supposed to be free of the parochialism and win-at-all-costs mentality that you sometimes find at club level. As the organisation says themselves, they are about fun and enjoyment.

And they genuinely are. The winners enjoy themselves, but what you notice when you're there for the day reporting on them, is that the losing teams get over their loss pretty quickly.

A hug and an ice-cream later, and you can see them running around the stand, playing with their friends. The kids don't seem to take the losses to heart too much, but maybe the adults do.

Neither does it reflect on the ethos of Castletown GAA club, who will inevitably get drawn into this.

The Cumann na mBunscol finals are played by children, enjoyed by children and are the unique and vibrant spectacle they are because of children.

Sometimes, though, it's the adults that are the problem.