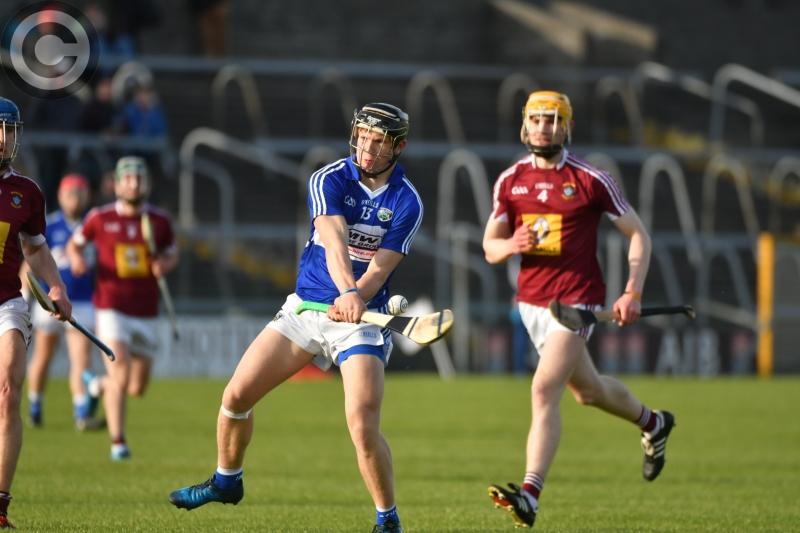 Laois U-21 hurlers are out of the Leinster U-21 HC after throwing away a six point lead with five minutes to go, as they lost to Westmeath after extra time.

Laois got up and running early on, with Sean Downey firing over a wonderful point inside of a minute. Michael Daly responded to level it up for Westmeath, but Laois were performing well in the early exchanges, and Mark Kavanagh put them back in front with a free.

Kavanagh repeated the does within a minute to double the Laois lead, and he added one from play then to keep Shane Corby's men on the front foot. Killian Doyle responded for Westmeath, but some poor free-taking from the home side meant that Laois kept their noses in front.

Kavanagh (free) and Ciaran Doyle exchanged points before Laois started to edge further ahead. Aidan Corby and brother Shane Corby pointed in succession, and even though Killian Doyle hit back for Westmeath, it was Laois who were the dominant side.

A frustrating run of four points in quick succession blunted Laois to an extent, but John Lennon and Aaron Dunphy hit the target before half time to see Laois lead 0-9 to 0-4 at the break.

Laois had a couple of chances to stretch their lead at the start of the second half, but some poor shooting opened the door for Westmeath.

They took advantage of that, through the free-taking of Killian Doyle, as he pointed four frees in a row to cut the Laois lead to just one point, 0-9 to 0-8.

With their lead now very much under threat, Laois responded really well. Mark Kavanagh showed he could match anything Killian Doyle did, as he too hit four points in a row, with three of them from frees and one coming from play.

Paddy Lynam hit back for Westmeath, but Kavanagh soon cancelled that out with a 65. Killian Doyle tapped over a free, but when Brian Corby and Mark Dowling point to push Laois six clear, they looked home and hosed.

That was not the case, however, as Westmeath hit 1-3 without reply in the final five minutes to dramatically force extra time, Darragh Clinton hitting 1-1 in the last minute.

Westmeath dominated the early stages of the first half of extra time, hitting five points to Laois's one. Killian Doyle (2), Ciaran Doyle and James Goonery (2) had Westmeath four ahead, but two Aaron Dunphy frees meant Laois were only two down, 1-18 to 0-19, at the changeover.

Laois tried manfully to bridge that gap, but both teams could only manage another two points apiece, as Westmeath won 1-20 to 0-21.