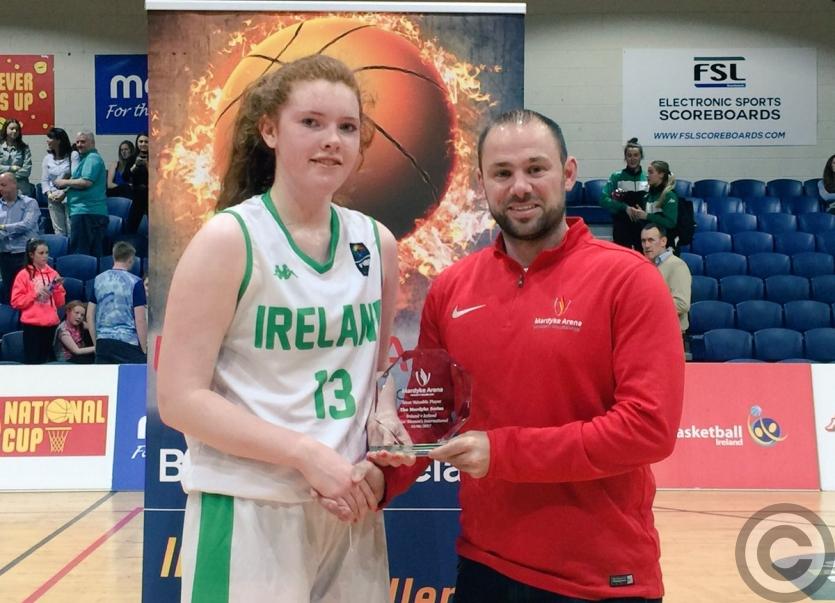 Portlaoise Panther Claire Melia put in a superb performance taking the Most Valuable Player Award for the Irish basketball team over the weekend.

The Ireland Senior Women’s played their second home game of the weekend, as they lined out at the National Basketball Arena in Tallaght for Game 2 of the Mardyke Series against Iceland on Saturday, June 10.

Coming off the back of Friday night’s 63-69 point loss, a determined and focused Irish side hit the court today and carved out victory in emphatic fashion.

Superb performances from Mardyke Arena UCC Most Valuable Player Claire Melia, along with Claire Rockall and Mimi Clarke in particular, saw Ireland take an early 24-11 lead at the end of the first quarter, which they stretched to a 40-26 point lead at the half.

The Portlaoise Panther, a Power Foward, started from the bench but ended the game as one of Ireland's star performers in the convincing win. She had nine rebounds. Claire is still in her teens and hails from Kildare. 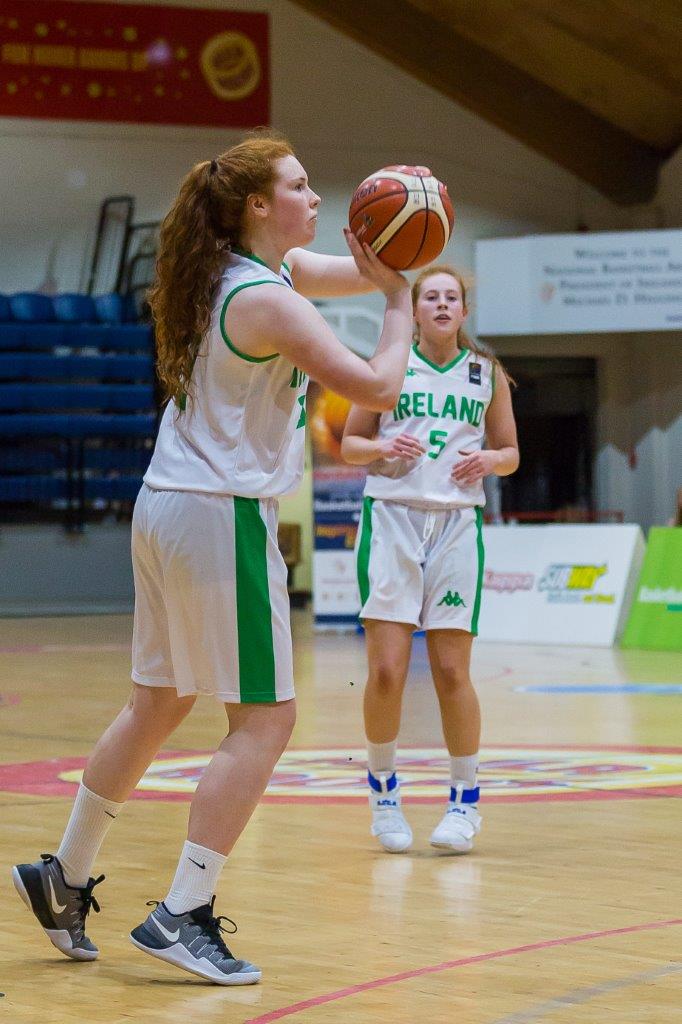 Claire Melia of the Portlaoise Panthers in action for Ireland. Pic: Rockmountain Studios

Despite a run from Iceland in the second half, Ireland continued to dominate the scoreboard, with good shooting from Danielle O’Leary and Amy Waters adding to the tally to win in convincing fashion in the end, 74-59.