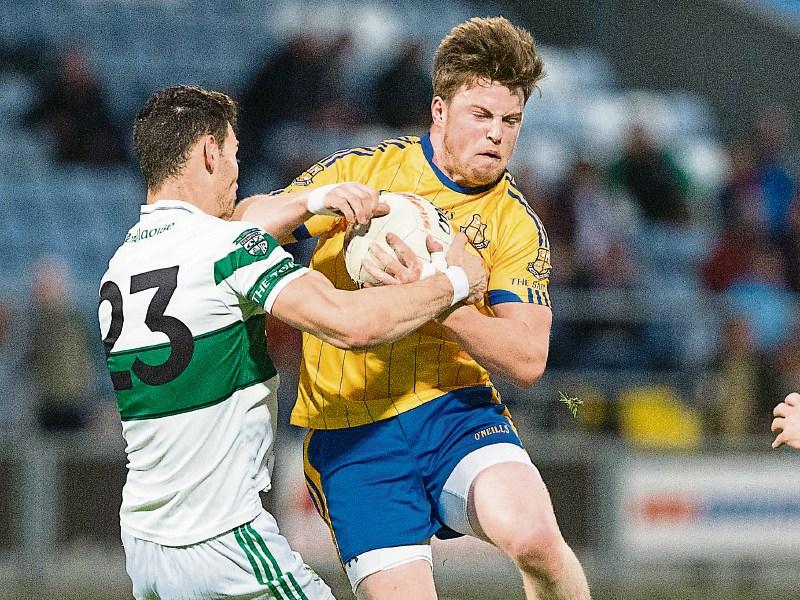 Two injury time points ensured St Joseph’s of what could prove to be a valuable point in their quest to reach a league final.

Graiguecullen began the brighter of the two teams, kicking the opening three scores to give them a confidence booster, the points coming through James Bolton, goalkeeper Daniel Bolger and Ross Hennessy. St Joseph’s opened their account through Brendan Hickey, but Graiguecullen took control kicking the next two through Brian Byrne and Ian Fleming.

St Joseph’s were awarded an opportunity to get back into the game, and Jason Campion made no mistake from the penalty spot. The teams then traded points through two frees taken by Ross Hennessy and Dan Dunne, before Graiguecullen extended their lead out to three through Hennessy and a long range Aaron Forbes point.

St Joseph’s pulled one back before the half time break through Matthew Campion, leaving the score 0-8 to 1-3 in favour of Graiguecullen.

The away side could not have asked for a better start to the second half, as Brian Byrne got on the end of a short attempt to grab Graiguecullen’s only goal of the game. He added a free on to his goal shortly after to leave his side six points to the good.

Jason Campion and Hennessy exchanged points before three St Joseph’s points on the bounce got them back into the game. The sides traded points once again, before St Joseph’s struck for goal number two through Murtagh Condron, and then levelled the game for the first time through a Liam Kealy point.

Graiguecullen looked to have won the game when they kicked the next two points, but a Dan Dunne free and substitute Paddy Hickey earned an important point for St Joseph’s late on.