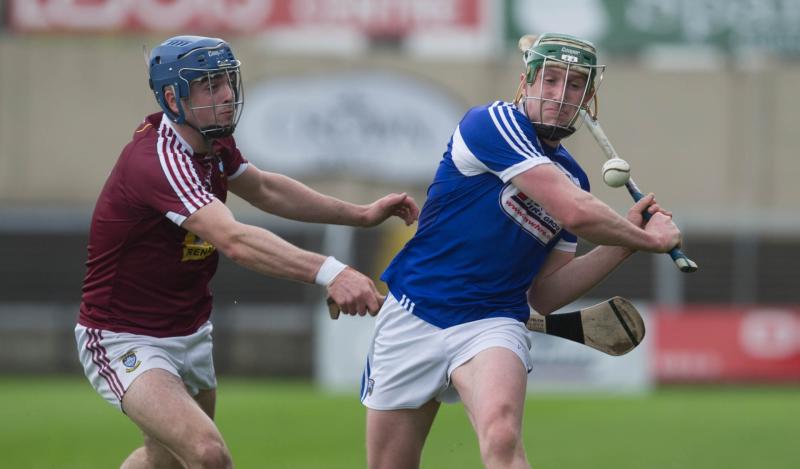 Willie Dunphy is the latest Laois player to be ruled out with injury.

The Laois senior hurlers will have home advantage for their All-Ireland SHC Qualifier preliminary round clash with Carlow.

That bit of good news has been tempered by some mixed results to recent injury scares. Captain Ross King was given the all-clear after injuring his hand, but Willie Dunphy has been ruled out of the Carlow game.

King was forced off in an ACHL Division 1 game last week, but luckily suffered no serious damage, and trained as normal this week.

However, it was a week of mixed emotions for Willie Dunphy. He was cleared to play against Carlow after having his red-card rescinded from the Wexford game, only to discover an injury suffered in the game was more serious than initially feared. Dunphy had played for his club in the aftermath, but tests revealed he had ruptured a ligament.

He is the latest in a length injury list suffered by Laois this year. John Lennon suffered a Grade 2 tear to his hamstring in the U-21s loss to Westmeath, while Mark Kavanagh hasn't trained fully since that game.

Ciaran Collier suffered a knock to the knee and is looking to shake that off before playing Carlow, while Eanna Lyons underwent an operation recently for a hand injury.

All of those are added to the likes of Paddy Whelan (hamstring), Ben Conroy (shoulder) and Conor Phelan (knee) who have been ruled out for the season.

Laois will now play Carlow in O'Moore Park on Sunday, June 25, with a throw in time of 3.30pm.