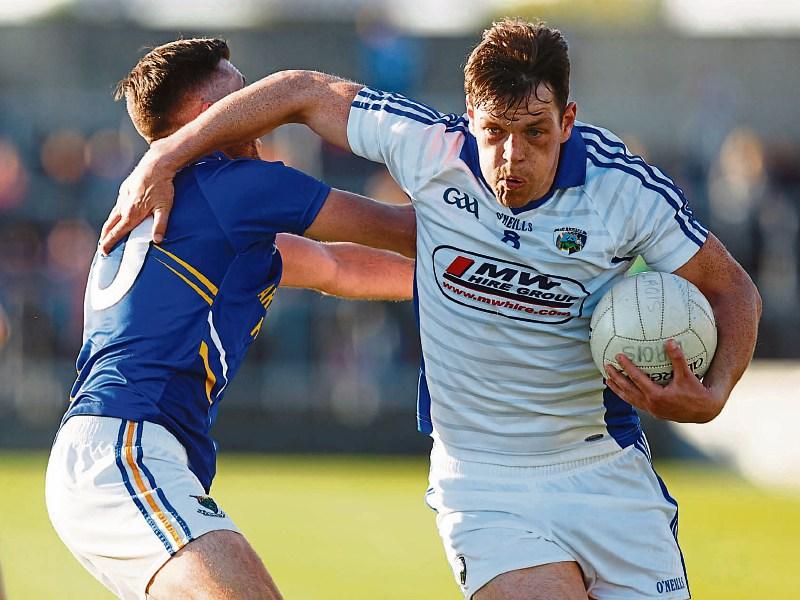 Laois secured their third championship win over Wicklow in four years, as they claimed a 2-16 to 3-10 win in an exciting at Joule Park, Aughrim on Saturday.

The O'Moore men went some way to atoning for their Leinster SFC exit at the hands of Kildare, but they were made to work hard for it by a stubborn Wicklow side. They were nine points down with time almost up, but hit two late goals to set up a frantic end, as Laois just held on.

Despite playing into the stiff breeze, Laois started the stronger of the two teams, with Gary Walsh kicking their first score with a little over a minute gone. Donie Kingston followed that up with a free, before Walsh stroked over a 45 to leave Peter Creedon's side in control.

Seanie Furlong finally opened Wicklow's account with a free in the tenth minute, but Laois hit back in emphatic fashion. Donie Kingston's attempted pass to Colm Begley ran past the Stradbally man, but luckily for Laois it was picked up by Gary Walsh, and he jinked away from his marker before firing to the bottom corner from 14 yards out.

Wicklow looked to be in all sorts of trouble at this stage, and when Kingston added another free in the 14th minute, the visitors were six points clear, 1-4 to 0-1.

To Wicklow's credit, they dug in after that, and at least didn't allow Laois to pull any further ahead. Furlong hit his second free from way out in the right wing, as David Conway replied for Laois. Paul Cunningham then got Wicklow's first point from play, only to see it cancelled out by another 45 from Gary Walsh.

John O'Loughlin then did superbly to win possession in midfield, play a one-two with David Conway and point from 30 yards out for Laois, and a Colm Begley score moments later saw them pull well ahead.

They were reeled in a little before the break, as Mark Kenny and Paul Cunningham both pointed for Wicklow, to leave six between them at half time, 1-8 to 0-5.

Much like the first half, Laois were quickest out of the traps when play resumed, as Donie Kingston kicked a lovely point from 35 yards out. Darren Hayden then stung Graham Brody's palms with a shot at the other end, before Trevor Collins pushed Laois eight ahead.

There looked to be no trouble on the horizon for Laois at that stage, but they were struggling to kill the game off, and Wicklow kept plugging away. They hit four of the next six points to narrow the gap to six once again, before Paul Cunningham's excellent finish to the top corner had them within three.

Laois could have buckled at that stage, but they responded superbly. Donie Kingston and John O'Loughlin both pointed before a wonderful individual goal from Kingston seemed to have settled the game as a contest.

Not the case, however, as Paddy Byrne and Paul Cunningham goaled in the space of a minute to give Wicklow a late glimmer of hope, but Laois just held on.