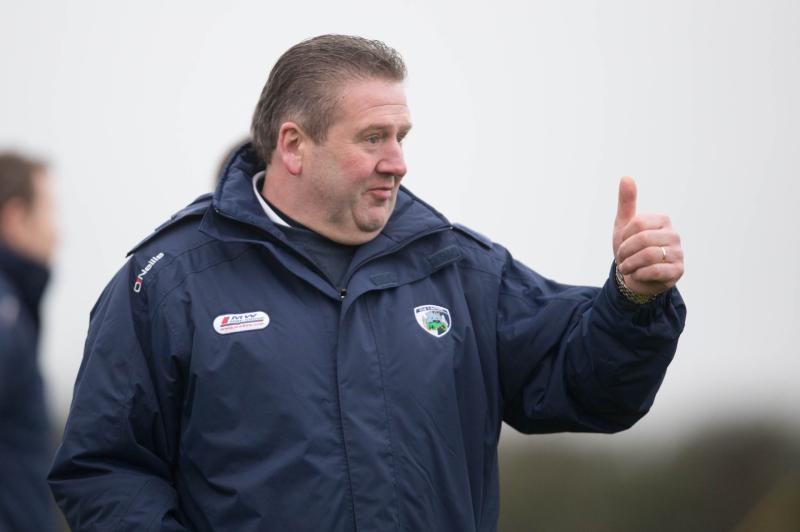 Laois are through to the All-Ireland SHC Qualifiers after a dramatic one-point win over Carlow in O'Moore Park on Sunday.

Neil Foyle's point in the 73rd minute proved to be the winner, and it capped off a remarkable final 20 minutes of the play.

The game was a bit of a slow-burner early on, with only one score registered in the opening five minutes. That went to Laois, with Ross King tapping over a free in the fourth minute, as neither side really looked comfortable.

Denis Murphy responded for Carlow with a free, before Paul Coady edged them in front, and disaster struck for the home side moments later. As Laois poured forward, captain Ross King got involved off the ball with Richard Coady, and after consulting with his umpires, Diarmuid Kirwan issed King a straight red card.

Now missing their talisman and leading scorer, Laois were in major trouble, and Carlow soon made things worse. James Doyle picked out Marty Kavanagh in front of goal, and he left Enda Rowland with no chance. Paul Coady hit his second point moments later, and Carlow were five points and a man up.

Laois, to their credit, steeled themselves after that, and fought their way back into the game. Picky Maher pointed a free, and Mark Kavanagh added one from play soon after. Cahir Healy kept the run going with his first, and Sean Downey then made it four in a row, as Carlow saw their lead cut to the minimum.

They wouldn't let Laois get any closer than that though, and Marty Kavanagh edged his side two clear again. That set the tone for the remainder of the half, as Laois battled to at least get back on level terms, but Carlow picked off scores whenever they needed them.

Carlow briefly pulled three ahead before the break, but Paddy Purcell's late point meant that two separated the teams at half time, 1-8 to 0-9.

Carlow looked to kill the game off early in the second half, and almost had a goal inside of a minute, with Enda Rowland doing superbly to deny Marty Kavanagh. They followed that up with two points without reply to go four ahead, as the home side looked devoid of ideas or inspiration.

Picky Maher offered them some hope with a free, but they finally hit their stride when Sean Downey scored a brilliant goal in the 47th minute.

Carlow responded with a point from Diarmuid Byrne, but Enda Rowland and Cian Taylor edged Laois ahead for the first time since the fourth minute.

That set up a frantic finale, as Laois lost Picky Maher to injury, but went ahead thanks to a goal from Neil Foyle. Carlow now found themselves three points down, but came roaring back with a run of four points without reply to take the lead coming into injury time, Chris Nolan getting the score to put them ahead.

It was up to Laois to respond, and goalkeeper Enda Rowland pointed a long range free to level it, before full-forward Neil Foyle hit the winner, as Laois held on for a dramatic win.