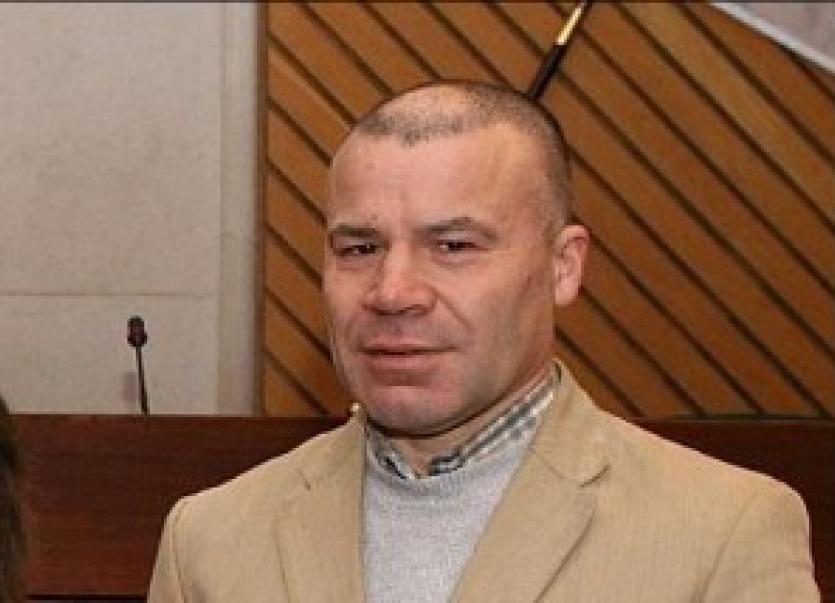 What is your role with the club?

Groundsman, keeping the pitches marked, clubhouse cleaned, cutting grass, putting up goals and nets, and getting the place ready for big games.

When did you first get involved with the club?

I joined the club as a player in the mid eighties. I had already played soccer with Knckmay Rovers, with lads that I grew up with. I played throughout my teens and early twenties and then joined Portlaois AFC. In those days there were street leagues, teams were put together, and you played against different estates.

What was the nature of your first involvement with the club?

My involvement with the club started immediately after I joined, as a player. I would help to get nets and goals put up and taken down, we often took turns in those days, and we didn't have the equipment that's around today. The friends I made through the soccer club were like a big family. They took you under their wing and showed you the ropes, and for years we all took turns with the voluntary work and always kept the club ticking over, because of the love of the soccer club.

How has the club changed since you first got involved?

In the early days a local man, Mickey Dunne, would in with his tractor and cut the pitches, and we would cut the smaller areas and edges with a push lawnmover. Guys like Richard McSweeney, Noe Scully, Rack O'Brien, Mick Coleman, Aengus Burke, Joe and Andy Dollard and Mick Riley (RIP) all gave their time to the club. Each person had their own job to do, and they all worked full-time outside of the club also. It was a huge commitment and the reason the club is so successful today, we were all a team off the field as well as on it.
From the days of Rack O'Brien to the seven-a-side being run, then pitches were developed and the standard greatly improved. The all-weather pitch was the first of it's kind in Portlaoise, floodlights were installed and people flocked to play games at night. This was only ever seen in Dublin. The numbers were growing and then the ladies team developed and went from strength to strength, they have done extremely well.
The children's academy has flourished as well and had opened up to all members from all parts of the town. The work that goes on behind the scenes preparing, mind and ensuring safety is paramount. Lots of younger parents are now involved and they do great work, the numbers are in the hundreds.
Portlaoise AFC has many ethnic groups now joining and it's great to see all of that at every level, from seniors to underage. Sylvia Gee and her staff do amazing work with the kids nearly all year round, and this particular programme has been a great success for the club, long may it last!

How big an impact has the club had on your life?

The club has had a huge impact on me, I have had many years of enjoyment playing the game I love with the great characters, and all the achievements that were made along the way. Both of my sons played soccer and took part at different times i the summer soccer leagues, one of which went on to play for the Irish 'Homeless Streel League' team which travelled to Mexico in 2012 to play in the World Cup.
Portlaoise now have their own website which gives all the fixtures, lotto and up to date information all about the club. I'm still very active in the club and I regularly play for charity games with my old team mates. I think it is very important to give back and help the club in any way I can.

What is your best memory of your time involved with the club?

I have many great memories, but the one that sticks out is former Chelsea player and Irish international Paddy Mulligan coming to coach the club. Lots of lads joined and it brought the standard of training to high levels. It improved the players and gave them a big lift. He brought fresh players from all around the local area who joined so they could play soccer. Paddy Mulligan left his mark with hard, physical training and discipline, he made every player equal no matter what their background was.
Another great memory was Portlaoise beating Kilkenny in the FAI Cup, it was a huge boost and got a lot of publicity for the club. I would love to see more opportunities for small town clubs like Portlaoise.

What do you enjoy most about being involved?

I enjoy meeting my freinds, most of them are ex players who were always there for the club, and always came through in good times or bad, for any event that might have been organinsed. The committee were always working very hard to keep the club running.

Where do you hope to see the club in 10 years time?

I can see the club extending to cater for extra parking and the growing population. At the rate it is growing at the moment the sky is the limit. I would love to see them being promoted even further and to make the League of Ireland. We certainly have some great young talent coming through.

What advice would you give to anyone thinking of getting involved?

In today's world it's so important to be involved in the community, to interact, to let off steam, to be open-minded towards other people, and to welcome everyone into the club. No matter what technology is out there you always go back to the old-fashioned sports, that give you a feel-good factor. It's important to put a child into a hobby (like soccer) to show them that it's important to work hard and to reach goals, and to have fun while taking part.
For a kid that might struggle in school or anywhere else, they can feel at home on the pitch. There will never be anything in your life where you don't have to be involved in a team. One of the first lessons I learned as a young lad was that there was no 'I' in team, it's everyone all together, and that's something I carried throughout my life in everything I do.
Sometimes the hardest part is walking in the door to any new place, so don't ever be afraid to join. It's a great alternative for today's stressors, every generation brings new beginnings, new ideas, and lots of great memories that will make Portlaoise soccer club reach and gain recognition that they deserve. A great club, great people and I proud to have been a part of it.