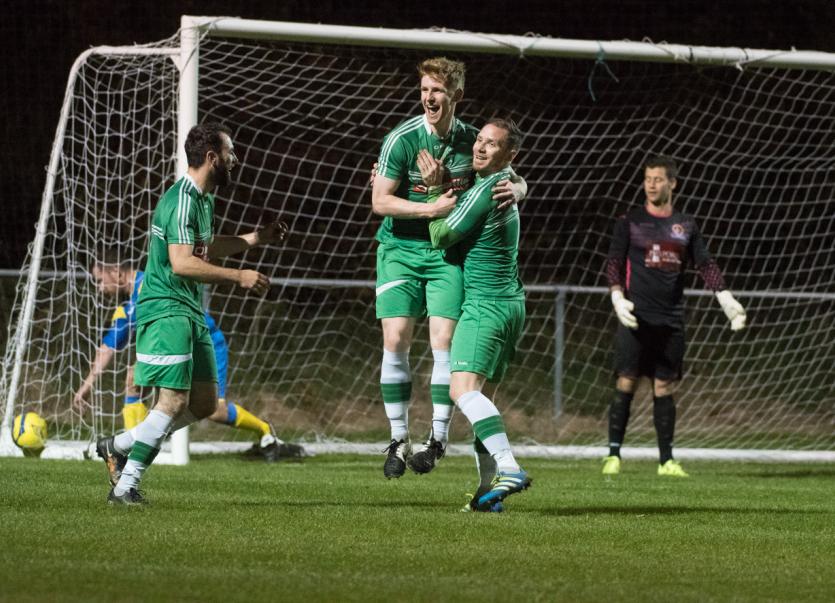 How and when did you get involved with Portlaoise AFC?

I played in the Rack O’Brien tournament over the summer of 2002 down in Rossleighan Park and was asked to come up for the U-11 trials. Never looked back since!

What was the best part of playing for the club at juvenile level?

So many funny memories!

If you could replay one game from your juvenile days, which game would it be?

Definitely the 1-0 win against Wexford Youths in the FAI youths cup! They were a super team and had a few lads go on to play professionally in England.

Who were the biggest influences on your football career?

I’d have to give this to the mother! She deserves a medal for all the time she spent driving me to here, there and everywhere for football and any other sports I was involved in through the years.

What advice would you give to young players in the club?

Listen to your mentors, work hard for your team and most importantly have fun!

What is the best part of playing for Portlaoise AFC?

What does being captain of the club’s senior team mean to you?

It’s a great honour to lead out such a talented side and to be involved with such a great group. Portlaoise AFC has been a big part of my life for many years now and long may it continue.

What do you hope to achieve in the future with Portlaoise AFC?

Before I finish up playing I really hope I can contribute to cementing Portlaoise AFC as one of the top amateur sides in the country. We are going steadily in the right direction.

Who is the best player you have ever played with?

No doubt Paul Cahillane! He should be mixing it with the Premier Division League of Ireland sides week in, week out. We are blessed to have him at our disposal!

Whatever the chef (mother) at home has ready!

Penalty; Smash it or place it?

Place it every time!

Graham Brody in nets, Mark ‘Baresi’ Brennan and myself at the back, James ‘Dribbles’ Mullaney and Paul Cahillane in the middle, with Jay Murphy up top! Frightening!