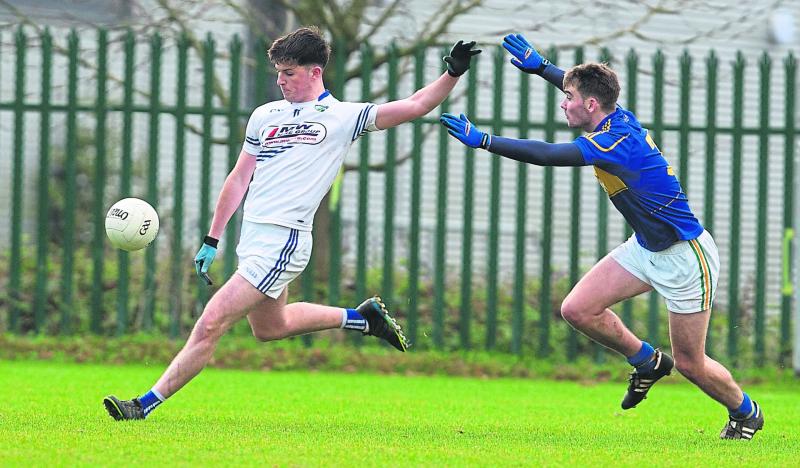 Barrowhouse GAA club have been left reeling after Brian Daly was granted his transfer last week, despite doubts expressed by a specially constituted Laois CCC regarding the validity of his residence in Ballyadams.

His initial application for the transfer to St Joseph's earlier this year was refused by the Laois CCC and the Laois Hearings Committee, which saw the Laois U-21 football captain go to the DRA in a bid to have their decision overturned.

Daly also claimed that the chairperson of the Laois CCC, Gerry Kavanagh, had questioned the permanent residence submitted at the meeting of the Laois Hearings Committee, stating that the house at that address was derelict. As the issue of permanent residency is dealt with under rule 6 (c), and Daly's appeal was in relation to bye-laws 6 (e) and 6 (f), it was alleged the introduction of this evidence was in breach of rule 7.11 (o), and should not have been brought up at the Hearing.

The DRA subsequently ruled that the transfer application should be re-heard by an independently constituted Laois CCC, which was not to include any members of the current Laois CCC.

They also refused his transfer on five separate grounds, all relating to his contention that he was a permanent resident in Ballyadams Lower.

They cited that the lease for the property was not witnessed, while also noting that he was only being charged €40 in rent. This was deemed exceptionally low, even though Daly stated he was working as a caretaker at an adjoining quarry for Roadstone.

Daly also produced evidence that he moved into the residence on December 9th, however an electricity bill showed that the house was only connected on December 22nd.

The electricity bill only showed a total of 61 units used over a two month period, which was not deemed consistent with a permanent residency during winter. An average home uses somewhere in the region of 10 electrical units per day.

Finally, it was noted that as a member of the Laois senior football team, Daly had been claiming travelling expenses to and from Barrowhouse in the one month period prior to the transfer application. In the GAA's Official Guide, it states that, in relation to transfers, a permanent residence is deemed to be the applicant's 'principal private residence' for 'at least the previous month and is likely for at least the ensuing year'.

That committee met on June 30, and heard statements from both Daly and Pat Teehan, speaking on behalf of the specially constituted Laois CCC. St Joseph's were represented by Michael Moore and Míchael Condron, with Barrowhouse represented by Liz Burke and Pat Whelan.

After the parties then left, the specially constituted Hearings Committee deliberated on the evidence, and subsequently voted to uphold the appeal and grant Daly the transfer.

The Hearings Committee granted the transfer in accordance with Rule 7.11 (o) (i) and Rule 7.11 (p) (iii). The first rule relates to what the rule book describes as "a clear infringement or misapplication of Rule by the Decision-Maker", while the second rule states that, where an appeal is upheld, the appellate Hearings Committee shall "substitute its own decision on the matter."

Barrowhouse have until today (Tuesday) to appeal the decision to the DRA, but it is thought the potential financial cost of doing so is prohibitive. It is the latest setback for the small rural club, who previously lost brothers Donie and Paul Kingston to Arles-Killeen.

Both St Joseph's and Barrowhouse had enjoyed a successful partnership at juvenile level, and had won the last two Laois U-21 football championships, but they no longer play together at any grade now. Barrowhouse have joined up with Arles-Killeen and Arles-Kilcruise to play as Na Fianna Óg, while St Joseph's play on their own.

Daly's transfer was approved in time for him to line at out midfield in Sunday's night ACFL Division 1A final for St Joseph's. However, his presence failed to arrest their recent dip in form, as they lost to O'Dempsey's by four points.