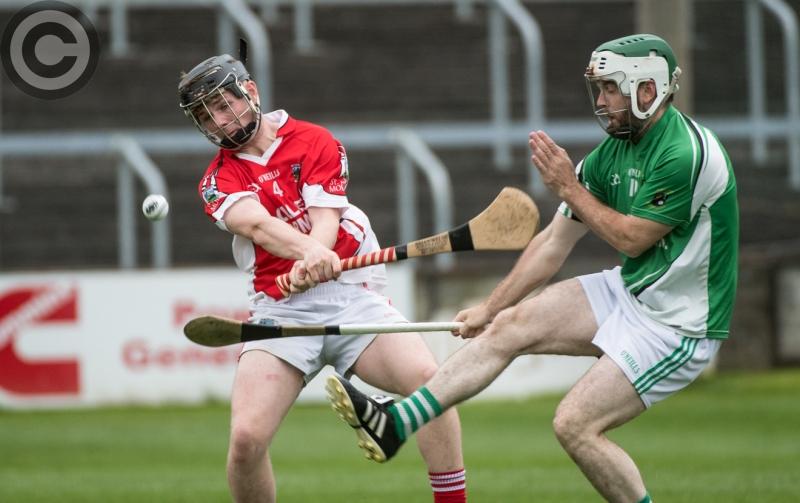 The Laois Senior ‘A’ hurling championship got underway on Saturday evening with Ballyfin Gaels overcoming St Fintan’s, Mountrath as Gareth Dunphy paved the way to a seven point victory for the Gaels side.

In the first of Senior ‘A’ championship games to take place over the weekend, Ballyfin Gaels registered the first win of the championship at the expense of St Fintan’s, Mountrath. The ACHL Division 2 Champions, Ballyfin Gaels, looked to Gareth Dunphy’s scoring-prowess on the day and in-form forward didn’t disappoint with a 2-6 haul - off the back of his ten point binge last time out in the League final.

Ballyfin Gaels set the scoring underway in O’Moore Park on Saturday evening with Gareth Dunphy rattling the Mountrath net. He had cut in from the sideline, hopped the ball off the ground to give himself another catch, before finishing low past Scott Hetherington for an incredible start with just forty-five seconds elapsed.

Dunphy again found the target two minutes later from a paced ball to increase the Ballyfin lead to four points, but Paddy Williams opened the Mountrath account a minute later as the early goal still separated the sides.

Ballyfin Gaels goalkeeper, JJ McHugh, was called into action to deny Paddy Rice’s blistering shot but the keeper was equal to it as his excellent first-touch allowed him to clear his lines.

David Connolly returned fire with a long range point sailing straight between the posts, but anything McHugh could do Hetherington could do too as the Mountrath keeper pulled off a superb save to deny full-forward, Eamonn Duff, with thirteen minutes on the clock.

Jimmy Hyland fired Mountrath’s second point of the game on the quarter of an hour mark, before Hetherington was again called into action, this time to deny Gary Hoffmeister.

Dunphy and Hyland exchanged frees heading into the final ten minutes of the half, but Ballyfin found another gear before the break as they hit Mountrath for the final four points of the half with both Dunphy and Mick Bermingham landing braces to see Ballyfin hold a 1-7 to 0-3 lead at the interval.

Mountrath reopened the scoring through another Hyland free to cut the deficit to six, but Eamonn Duff responded to clip over his first of the evening and restore the Gaels’ lead. Hyland went on to trade points with Eanna Lyons in the third-quarter, before two goals in as many minutes arrived.

Mountrath were first to raise the green flag in this incidence as Colm Lenihan pounced on Rice’s long-ball into the square for a poachers goal. Then, mere seconds later and in similar circumstances, Gareth Dunphy’s pace got him on the end of a long-ball forward, allowed one hop before pulling off-the-ground into the corner of the net from twenty yards for his second of the day.

Colm Lenihan responded with a huge point from range, before James Fahy and Eamonn Duff exchanged scores before Dunphy added a free to leave six between them heading into the final five minutes.

Ballyfin rattled off another four points before the end, but there was still time for Matty Rice’s late consolation goal on the stroke of full-time as Ballyfin ran out deserved seven point victors.

Main Man
There can be no doubt as to who the most influential player on the pitch was on Saturday evening, and Gareth Dunphy’s two goals and six points is testament to that. While he was not alone in having a good day at the office - his innate blend of hurling, pace and pure doggedness set Dunphy aside from the chasing pack.

Turning Point
Although it may have been the very first score of the game, Gareth Dunphy’s goal forty-five seconds after the throw-in laid a marker for the fifty-nine minutes to come. It gave Mountrath an uphill start from the get-go and gave Ballyfin the ideal platform to build a lead from.

Ref Watch
Anthony Costigan had a consistent day at the office, made all the easier by the clean, free-flowing, sporting game of hurling on display. Used his cards wisely and made good use of the advantage rule on a couple of occasions.