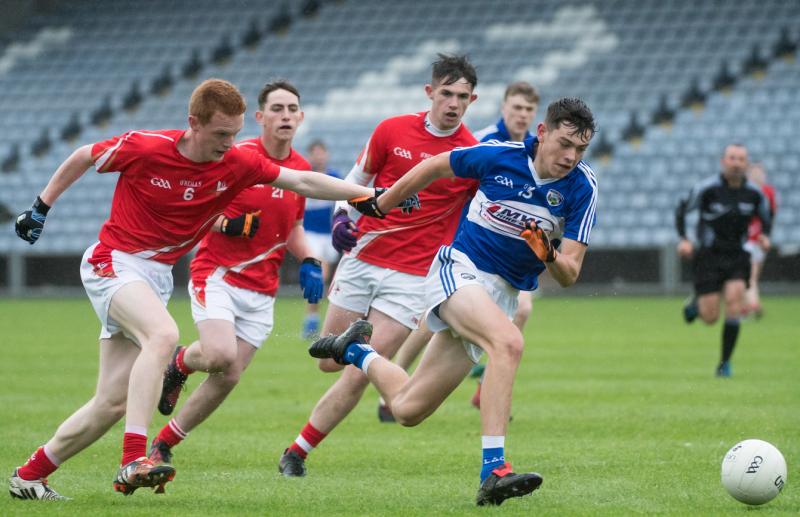 Mark Barry has been named at corner-forward.

The Laois U-17 team to take on Dublin on tonight's Leinster U-17 FC semi-final has been named.

Manager Noel Delaney has named an unchanged side for the game to the one which started the quarter-final win over Longford.

Laois have enjoyed two landslide victories already in this competition, against both Louth and Longford, but tonight's clash with Dublin promises to be much more difficult.

Dublin were beaten in the opening round by Meath, but have since rebounded with impressive victories over Offaly and Westmeath to book their place in the last four. Meath play Kildare in the other semi-final.

Throw in tonight is at 7pm, and admission is free. The team in full is as follows.