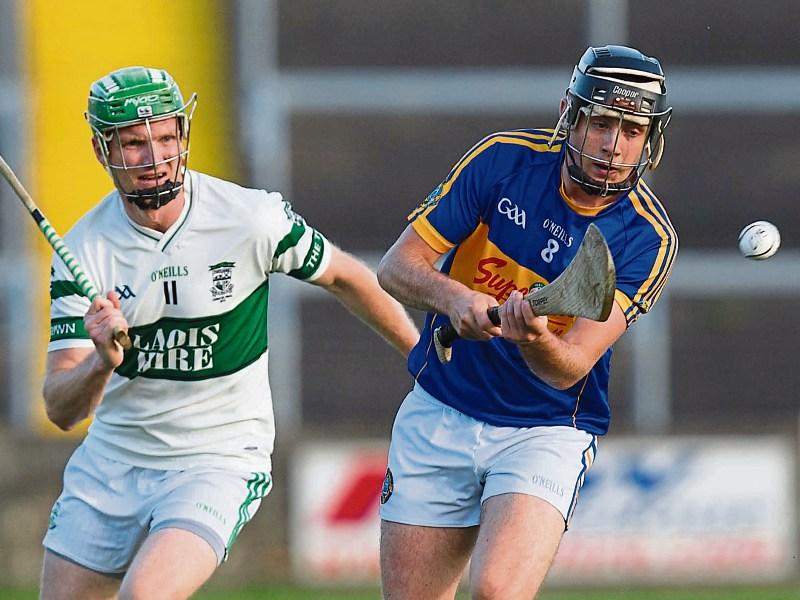 This game offers Clough-Ballacolla an immediate chance to try to regain some lost momentum comes after their heavy defeat to Camross in the league final.

Despite their injury worries, Ballacolla will still enter this as favourites, as Portlaoise are in bother on that front themselves. While Picky Maher's absence is massive, Tommy Fitzgerald's loss to Portlaoise is equally significant.

The question over Clough-Ballacolla is whether they move Willie Hyland back to the forward line to offset Picky's absence, or leave him at centre-back. He struggled at times there against Camross in the league final, while the team as a whole struggled in attack.

With Cheddar Plunkett at the helm, Portlaoise will be well-drilled and well-motivated, but they are also understrength, and there is only so much he can do to offset that problem. They could be missing as many as five of their starting team (Fitzgerald, Tony Byrne, Sean Culleton, Conor Dunne and Darragh Rigney) and that will be hard for them to absorb.

When these teams met at this stage last year, we feared for Portlaoise and expected Clough-Ballacolla to win comfortably. Twelve months on and the emotions around the game are fairly similar. Portlaoise acquitted themselves well in that game but never came close to winning, and something similar is likely to happen here.

Provided there is no hangover from their league final defeat, then Clough-Ballacolla should have the strength and experience to get themselves back on track with an opening round victory here.