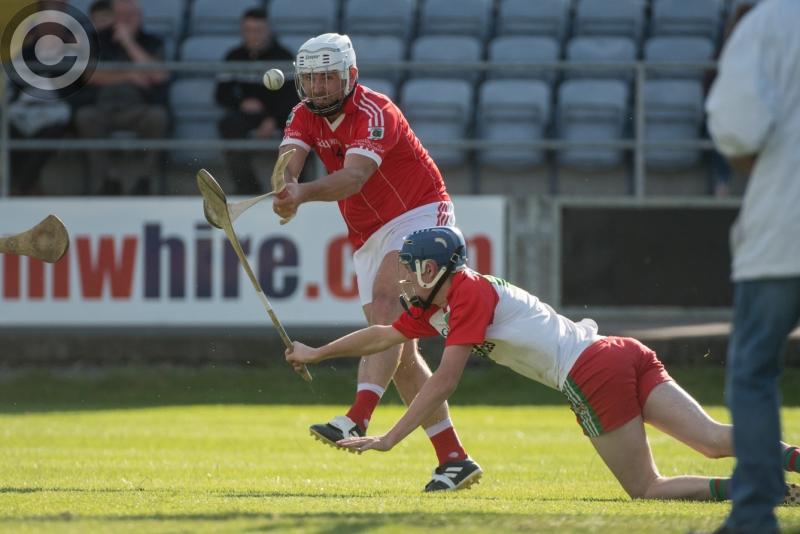 Clonaslee cruised through to the second round of the SHC 'A' thanks to a one-sided win over Borris-Kilcotton on Sunday evening.

Lead by an impressive haul of 1-5, all from play, be young Patrick Hyland, Clonaslee were never in any real trouble, and they looked the likely winners from a long way out.

Borris-Kilcotton were always going to be at a disadvantage here, with the injury problems suffered by their senior team meaning a number of their second string were called up to play on Friday night.

That wasn't Clonaslee's problem, and the impressive Patrick Hyland opened the scoring for them inside of a minute. Emmet Jones hit back with a free for Borris-Kilcotton to level the scores, but that was as close as things would get.

John Rowney pushed Clonaslee back in front, before Willie Young landed an excellent point from distance. Conor McEvoy followed that up with a brace of points, the first from a tricky angle on the left wing, as Clonaslee looked the far more dangerous of the two teams.

Emmet Jones tried to haul Borris-Kilcotton back into contention with two pointed frees in the ninth and twelfth minutes, but it was only a brief respite. Patrick Hyland put Clonaslee back on the front foot with a lovely point after jinking away from his marker, and Darren Rooney chipped in with another.

John Rowney then pointed a couple of frees to open up a six point lead, with Jones once again responding for Borris-Kilcotton, from a free. That was their last score of the half, as Clonaslee pushed further ahead.

Patrick Hyland hit two more, making it four in the half for him, with Darren Rooney's late effort seeing Clonaslee 0-12 to 0-4 ahead at half time.

If anyone in O'Moore Park had doubts as to whether Clonlasee would win this one, then they were put to bed within minutes of the restart. Patrick Hyland pointed two minutes in, before he then raced clear of his marker to fire in a brilliant goal.

Not long after, John Rowney then saw his shot brilliantly saved by Mark Hanlon in the Borris-Kilcotton goal, but Michael Hyland was on hand to tap it to the net. That left them sixteen points clear, and the game as a meaningful contest was over.

Emmet Jones added a few more points for Borris-Kilcotton to keep them ticking over, but Clonaslee has a response for them every time, and eventually ran out comfortable winners. The only concern for them will have been the nasty looking injury suffered by Conor McEvoy, which forced him off with 15 minutes to go.