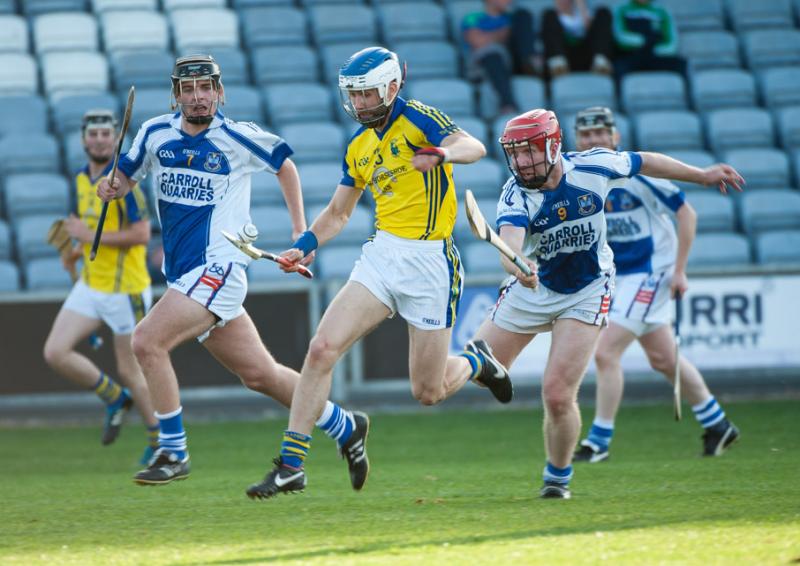 With the first round of the Laois SHC now over, we select our first Team of the Week.

Six of the clubs in action have a player selected, with only Castletown and Portlaoise missing out in Week 1. Eoin Reilly is our 'Player of the Round' after he scored an incredible 1-15 for Abbeyleix in their win over Castletown on Saturday night.

Stopped a rasping free from Ross King and also made a good save from the same player in open play, although was unlucky to see Paddy Purcell goal from the rebound.

A corner-back specialist is a wonderful thing for any team, and Cahill is exactly that, as he turned in a fine performance against Castletown.

Might not have been expecting to come up against Cha Dwyer, but he held him to just two points from play, and kept him on the periphery of things for most of the game.

Impressive performance from McDonald, who defended well and even managed to gallop forward on a few occasions.

Like a lot of the Abbeyleix team, he is young, but he gave an assured display at centre-back for Abbeyleix. Get shifted to wing here.

Defended well and picked up a lot of loose ball around the Borris-Kilcotton defence on a tricky night for hurling.

Another centre-back to impress, he managed to keep Ross King scoreless from play, and even launched over a long range free himself.

Three points from play, his performance will have been noted by Laois manager Eamonn Kelly.

Hit 1-15, with 14 of those points coming from frees, but he was very impressive on the night.

Tormented the Portlaoise defence in the second half of their game, finishing with 1-8 to his name.

Came up with some important points for Borris-Kilcotton in a closely fought game last Friday night.

Did as much as he could to keep his team in the game, he scored some wonderful points both from play and from placed balls.

His return from injury was marked by a haul of 1-3, as he caused major problems for Portlaoise on Saturday night.

Scored 0-11, but it's the manner in which he always comes up with scores when his team really need them that's impressive. He showed that again on Sunday night.

Pips team mate Paddy McCane for the last spot, he scored some excellent points on Sunday night, and also managed to shake off what looked like a recurrence of his knee injury.