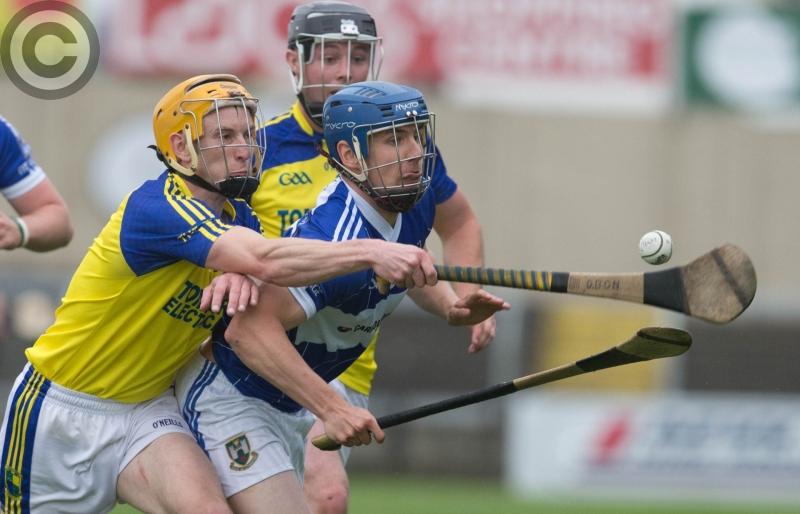 Abbeyleix opened their Championship campaign with a hard-fought victory over Castletown on Saturday evening, with Eoin Reilly’s remarkable 1-15 haul bringing them from behind to progress to the next round.

It took Eoin Reilly a mere forty-five seconds to open both his own and Abbeyleix’s account in O’Moore Park on Saturday evening, as he converted his first free of the evening from thirty metres to give them an early lead.

Castletown replied two minutes later with Gearoid Gaughan tapping over a short-range free, before repeating the process a minute later to nudge Castletown into the lead.

Castletown continued to test the Abbeyleix defence in the early minutes as Ryan Mullaney knocked his opponent off the ball with a square shoulder, before splitting the posts with ease. Joint captain, Martin Phelan, extended the Castletown lead to three points with six minutes elapsed.

Abbeyleix turned to Reilly as they claimed the next three scores on the hop to level the proceedings - all of which came from placed-balls as Reilly’s accuracy looked unwavering in the early stages.

Gearoid Gaughan shot back with a free of his own for Castletown, his third conversion with just over ten minutes played, to see them retake the lead as the game looked like it may turn into a Reilly v Gaughan shootout.

Wing-forward, Ciaran Carroll, notched what was Abbeyleix’s first from open play to bring the sides level yet again, before Reilly landed a monstrous free from his own sixty-five metre line to edge The Fung ahead on the quarter hour mark.

Abbeyleix would not score again for over ten minutes as Castletown took the reigns to fire five unanswered points. Shane Phelan ignited their spree with a super pass to release Shane Cuddy for a well-taken point. Wing-back, John Gaughan landed a huge score from range to lift the Castletown supporters, while Gearoid Gaughan rattled off three frees to see them hold a four point lead with five left to play in the opening half.

Abbeyleix pulled two back through Reilly frees in the closing minutes, before Ciaran Carroll fed Jake Cranny a clever pass to afford the full-forward his first point of the day. The first half drew to a close on a scoreline of ten points to nine in favour of Castletown.

It took Castletown a mere twenty seconds to reopen the scoring as Shane Phelan calmly split the posts to double their advantage. Abbeyleix narrowed the gap to the minimum when Conor Bergin’s pass allowed Reilly to slot his first from play, but Brendan Reddin restored the two point gap with a cool finish in a lively reopening to the half.

Castletown pulled four clear shortly after as James Hooban punished some sloppy Abbeyleix defending before Reddin slotted his second in five minutes as Castletown looked to pull away.

Jamie Coffey nearly had Abbeyleix back on track, only for Paddy Mullaney to pull off a good save to deny the corner-forward. Abbeyleix then closed the gap to two following points from Reilly and Ryan Peacock, but Gaughan was on hand to restore the three point margin.

Reilly fired back for Abbeyleix, but so to did Ryan Mullaney as the centre-back rose above three Abbeyleix men to claim the puck-out with a wonderful catch, before splitting the posts.

Callum Mullen and Gaughan exchanged points with just under fifteen minutes to go, before Abbeyleix turned the game on its head.

With forty-eight minutes on the clock, Eoin Reilly mopped up the loose ball in a congested square, before batting past Mullaney for what would ultimately be the turning point in the game.

Now level at 1-14 to 0-17, Abbeyleix took control for the remainder as Castletown would fail to score again, while Abbeyleix helped themselves to six points - Reilly firing a further five frees as his accuracy showed no signs of fading, and substitute Eoghan Fennelly firing a single as Abbeyleix progress to the next round. 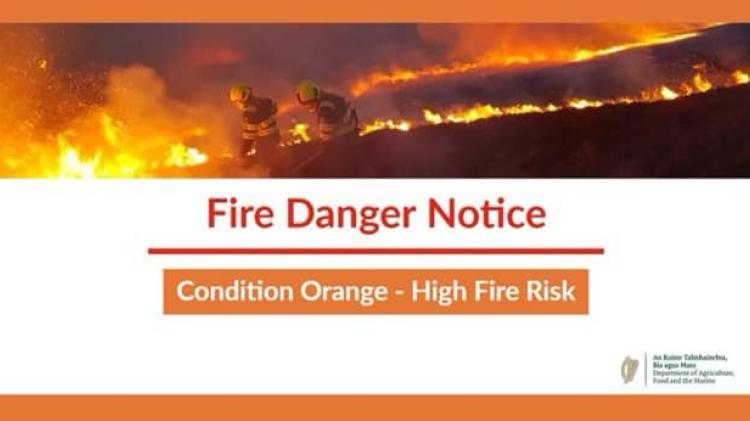