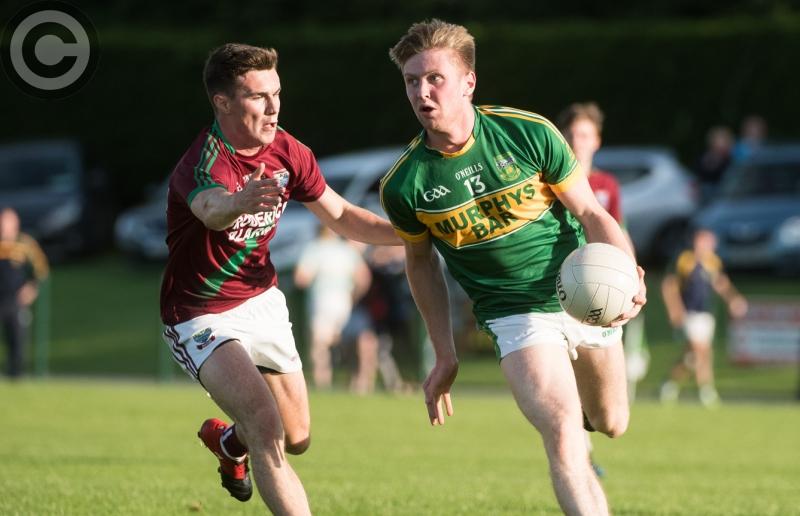 Alan Farrell on the attack for Ballylinan. Pic: Denis Byrne

Two teams coming off the back of winning their respective league finals, this should be an interesting game when it rolls around on Sunday morning.

Mountmellick welcome an influx of Castletown men for the championship, and they will be hoping the Mullaney brothers, Ryan and James, can bring something to the table, as they have failed to really impress in the SFC in recent years. Brendan Reddin, who has been playing with Mountmellick for years, will also be involved, although his brother Ger, who returned recently from Australia, has since decided to head back to Oz.

Reports coming out of Ballylinan tell us they are likely to be without Gary Walsh, which makes a massive difference here. After returning to the club at the end of Laois' season, he suffered a knee injury in training. Initial fears of ligament damage have been allayed, thankfully, but he still has to rest the injury, and that may mean he misses the opening round game.

Mountmellick have really struggled to get something going in the championship over the last few years, but their run to the ACFL Division 2 title will have been a timely boost. It may be the third tier of league football, but for a young team, there's nothing like winning matches to breed confidence.

On the balance of things Ballylinan would still probably be favourites, but if they are without Walsh we'll go for Mountmellick to sneak home and claim a surprise win.