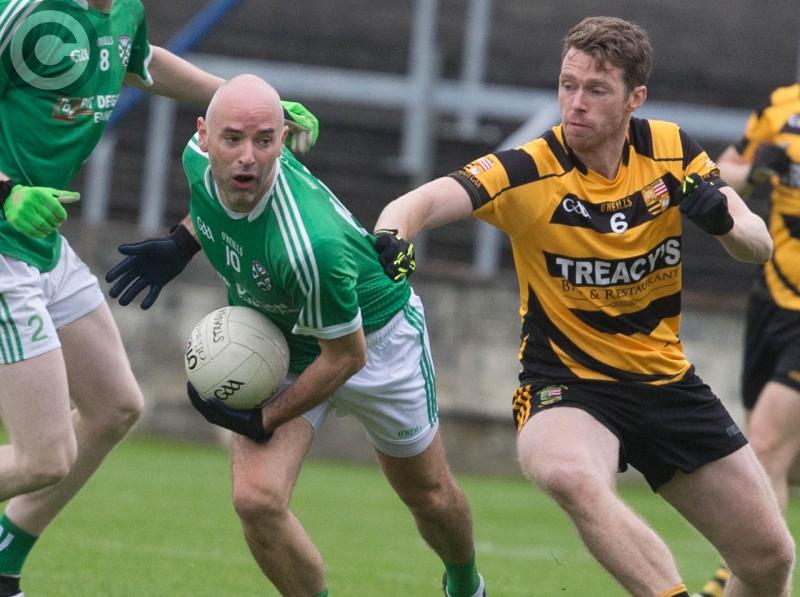 The Heath claimed a sensational four point win over reigning SFC champions Stradbally in the final Round 1 game played on Sunday night.

Two quick-fire goals in the second half from Chris Bergin and Brian Ging put The Heath in the driving seat, and they never looked back from there, as they held Stradbally at arms length. It was quite the turnaround from last year, when The Heath barely survived in a relegation playoff, while Stradbally ended Portlaoise's run for ten in a row.

To say this game was a bit of a slow-burner would be an understatement, as it barely caught fire at all in the first half. We had to wait eight minutes for the opening score, although it was at least worth waiting for.

Chris Bergin found Eoin Delaney 25 yards out from goal, and his reverse pass to James Phelan saw The Heath's wing back through on goal, and he squeezed a shot under Wayne Comerford for the opening score.

Delaney then set up Colin Nestor a minute later and he slotted over to see The Heath go four ahead, with Stradbally creating chances at the other end, but unable to take them. They finally troubled an umpire in the 12th minute, as full-forward Jody Dillon pointed a free.

Another four minutes would pass before another score was registered, as Dillon again provided it, curling over a magnificent free from way out on the right wing. The Heath, who were having plenty of possession, were laboured with the ball, and the pace of their play made it difficult for them to create clear-cut chances.

It took corner-back Alan Whelan to get their next point, as he rounded off a good move with a point from 14 yards out, and Daithi Carroll then slotted over a free to push them four ahead once more.

That point from Carroll, in the 22nd minute, was their last score of the half, as Stradbally slowly reeled them in. Colm Begley pointed a free from 35 yards out, and then in first half injury time, subs Tom Shiel and Gary Comerford combined, as Comerford shot low past Joe Walshe for a goal. That was the last act of the half, as the teams went to the dressing room tied at 1-3 apiece.

It was all to play for in the second half, and Stradbally came out strongly, with Tom Shiel and Gary Comerford splitting the posts inside of a minute.

The Heath took their time to get going but just like in the first half, once they did it was in impressive fashion. Eoin Delaney played Chris Bergin through on the right wing, and Bergin held off a couple of challenges before firing past Wayne Comerford.

Padraig Whelan added a point moments later for The Heath, before they struck for their third goal. A brilliant floated ball from Eoin Delaney found Robbie Dowling 20 yards out, and he set up Brian Ging, who rolled a shot into the bottom corner.

The Stradbally response was impressive, as they kicked the next two points through Colm Kelly and Jody Dillon to get back within three.

That proved to be the magic number for The Heath, as they kept themselves three points ahead for the remainder of the game, with Stradbally unable to get any closer than that, as the teams kept exchanging points.

Chris Bergin added another point for The Heath in injury time, as the team which won the relegation final last year sensationally defeated the reigning champions.