Rathdowney-Errill get back on track with win over Portlaoise 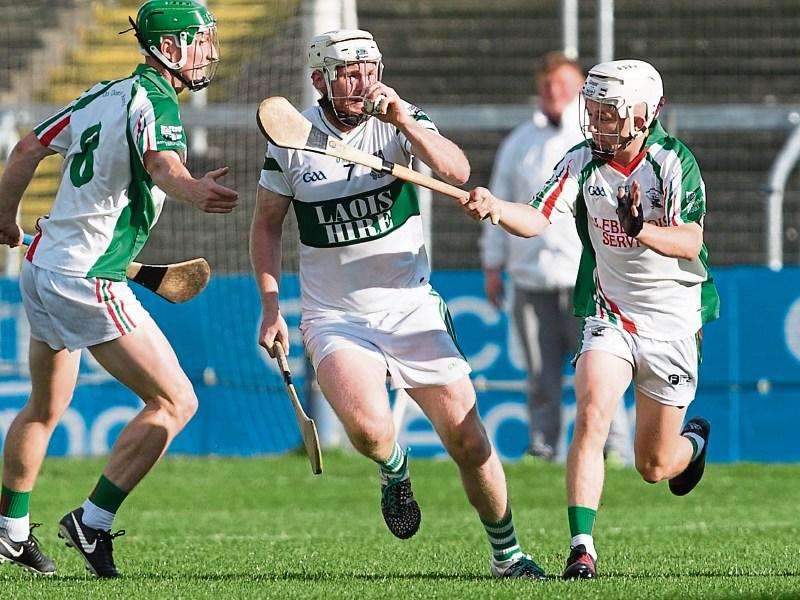 This tie looked one-sided even before the whistle sounded, and that was exactly how it panned out, as Portlaoise could not live with Rathdowney-Errill. Portlaoise will now have a hefty task on their hands to avoid relegation, while Rathdowney-Errill will be targeting a route back to the championship final that they so narrowly lost last year.

Portlaoise actually made a very positive start, going a point up after ten minutes of play, but that was as good as it got for Cheddar Plunkett’s men.

Ross King opened the scoring with a free, but Cian Taylor responded for Portlaoise. Ross King pointed his second quickly after, but two Aaron Bergin frees had them a point up after five minutes. The sides swapped points though King and John Purcell for Rathdowney-Errill and Ciaran McEvoy and Aaron Bergin (free) for Portlaoise.

However, Rathdowney-Errill upped the ferocity of the game, and three King points followed, two frees and one from play, as they regained the lead. Bergin replied with a free, but Paddy Purcell hit back for Rathdowney-Errill, after he beat his man and slotted over.

Portlaoise went close to restoring their lead when the sliotar fell to the feet of Bergin, but his shot was exceptionally well saved by Noel Brennan in goals. Bergin did point a free after, but that was Portlaosie’s last score of the half, as Rathdowney-Errill hit 1-4 before the break to take a lofty lead.

Paddy Purcell and James Ryan pointed before King landed over two placed balls. The last score of the half saw Paddy Purcell round his man before blasting it accurately into the bottom corner. Bergin again went agonisingly close to scoring for Portlaoise on the resumption of play, but his flick-on from a high ball went just wide.

Rathdowney-Errill went in with a cosy lead on the score line of 1-12 to 0-7 at half-time.

King could have added a goal to his increasing tally just after the break, but he opted to take his point. He hit another free, before Bergin clutched Portlaoise’s first score of the half, also a free. Joe Fitzpatrick and Bergin traded points, with Rathdowney-Errill then tagging on another three with no reply thanks to King, Paddy and John Purcell.

Bergin was doing his best to keep up, but Rathdowney-Erril stretched further clear with points from Joe Fitzpatrick and James Ryan. Bergin replied with his ninth free of the day, but Rathdowney-Errill were relentless, and points from the slick Jack Kelly, top scorer King and substitute Tadgh Dowling were followed with their second goal through John Purcell.

Portlaoise, to their credit, continued to trudge on, with points from Bergin and Cian Taylor. Rathdowney-errill responded with two of their own in King and David Poynton, before the teams swapped points twice over. The scorers on this occasion were two by Bergin for Portlaoise (frees), with Tadgh Dowling and King (free) firing over the black spot for Rathdowney-Errill.

King brought his tally to a remarkable sixteen points with two frees at the end, as Rathdowney-Errill advanced to a quarter final by twenty-one points in the end.