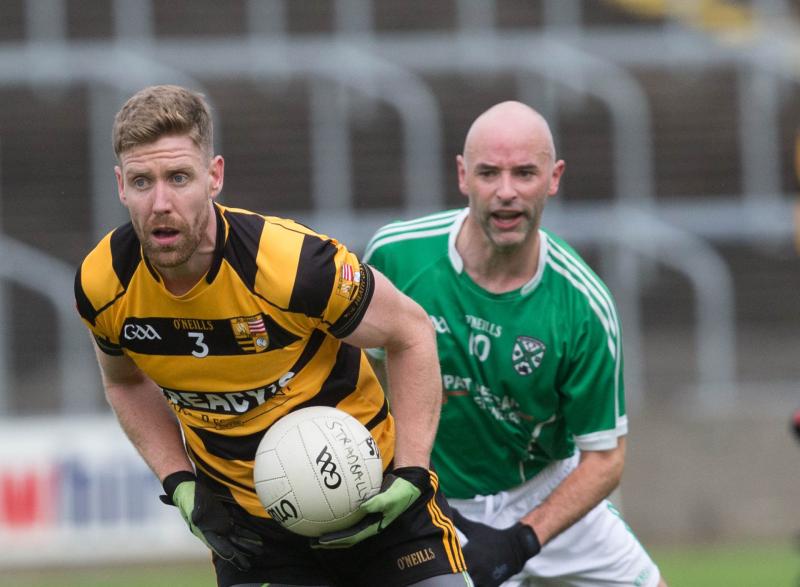 Denis Booth in action for The Heath in their win over Stradbally. Pic: Alf Harvey

Fresh from their toppling of the county champions, The Heath will face up to Graiguecullen this Friday night, in the first game of the weekend.

In many ways, this game will be a lot tougher for them than the clash with Stradbally. The reigning champions were hit with injury coming into that game, and neither Tom Shiel nor Gary Comerford started the game.

Graiguecullen, meanwhile, are coming into this game on the back of an indifferent showing against Killeshin. They were the better team for a lot of the first half, but retreated into their shell as the game went on. To their credit, they still managed to fashion some big scores in the second half when they were under pressure, which is a good sign.

The one aspect of their play which was noticeable was how hard they work to turn over possession in midfield and their half back line. When they do win it, they counter attack as fast as they can, and they got a lot of joy from that at times against Killeshin.

The Heath, in contrast, were more methodical and slower to get forward against Stradbally, even if they did end up scoring more than Graiguecullen. They won't find the Graiguecullen defence as standoffish as Stradbally's was, so the intensity of this game will likely be a step up for them.

Beating the reigning champions is usually enough to see you crowned favourites for your next outing, but if Graiguecullen can find a bit more consistency to their style of play, they should play at a tempo which proves too fast for The Heath.