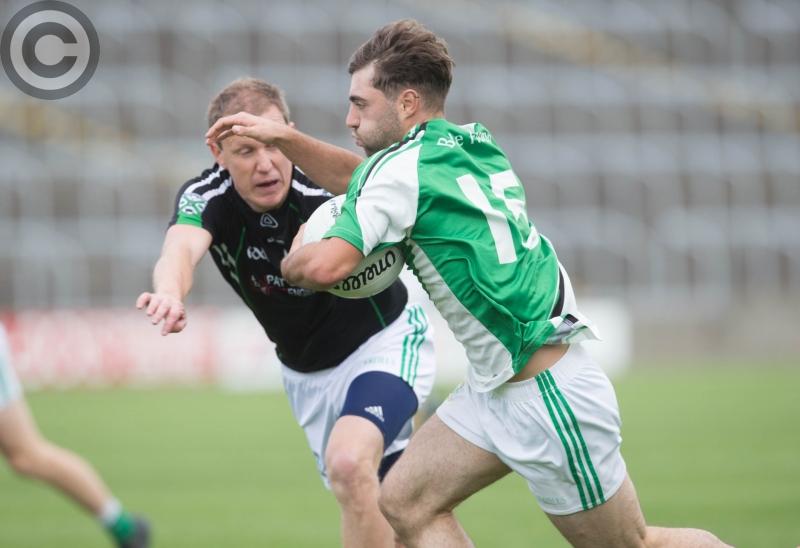 Ballyfin Gaels have dumped reigning champions Stradbally out of the Laois SFC following their one point win in O'Moore Park on Sunday.

Donncha Phelan's side were full value for the victory, as they were the better side throughout, and lead by as much as seven points in the second half. Stradbally launched a late comeback, getting goals through Brendan Lawlor and Darren Maher, but Ballyfin Gaels held on for a famous win.

Stradbally came into this game as overwhelming favourites, and they justified that tag in the opening minutes. A lovely team move saw Padraig Fitzpatrick put through on goal, and his emphatic finish got them off to a bright start.

Ballyfin Gaels had to wait until the fifth minute to open their account, but Richie Downey did so in style with a lovely point off the outside of his right boot from the right wing. Rob Tyrell then added another to get them within on, but a Greg Ramsbottom point kept Stradbally in the ascendency.

They should have kicked on from there, but they were off the boil across the field for a lot of the half after that, and Ballyfin Gaels took full-advantage. Sean Moore jinked away from Eoin Buggie to point off his left, and James Moore then landed one from distance to level the scores at 1-1 to 0-4.

Tom Shiel pushed Stradbally back into the lead with a point from the right wing, but a Sean Moore free leveled the scores moments later, before Davy Connolly burst forward from midfield to put Ballyfin in front.

Jody Dillon kept Stradbally in it with a free, but the momentum was swinging in Ballyfin Gaels favour, and Connolly pointed once again to pushed them ahead.

Rickie Quillinan then squeezed a shot over the bar from an acute angle and a second point from Tyrell saw the Gaels side three ahead, with Stradbally struggling to make an impact in attack. They eventually hit back through Jack Deegan, but Quillinan pointed just before the half time whistle to see Ballyfin Gaels 0-10 to 1-4 in front at the break.

If that lead was something of a fluke for Ballyfin Gaels, they showed in the second half that was far from the case. Gary Comerford pointed within seconds of the restart to give Stradbally a chance, but Ballyfin Gaels wrestled back control.

Louis Duff and Colm Kelly exchanged scores before Ballyfin Gaels rattled off five without reply to stun Stradbally and move into a seven point lead, 0-16 to 1-6.

Stradbally looked bereft of ideas, and eventually turned to their bench to try and kickstart a comeback.

It took a while to work, but they eventually made a game of it when Jody Dillon pointed from 30 yards out, and then Brendan Lawlor flicked a hopeful ball into the square past Robbie Foran for a goal.

Ballyfin Gaels could have buckled, but they roared back down the field and pointed twice in quick succession, through Rickie Quillinan and Rob Tyrell, as they went five ahead once more.

Those scores would prove crucial, as Stradbally launched another late assault, with Darren Maher palming a high ball to the net, and Gary Comerford curling over a free to leave one in it, but Ballyfin Gaels sensationally held on to claim the win.