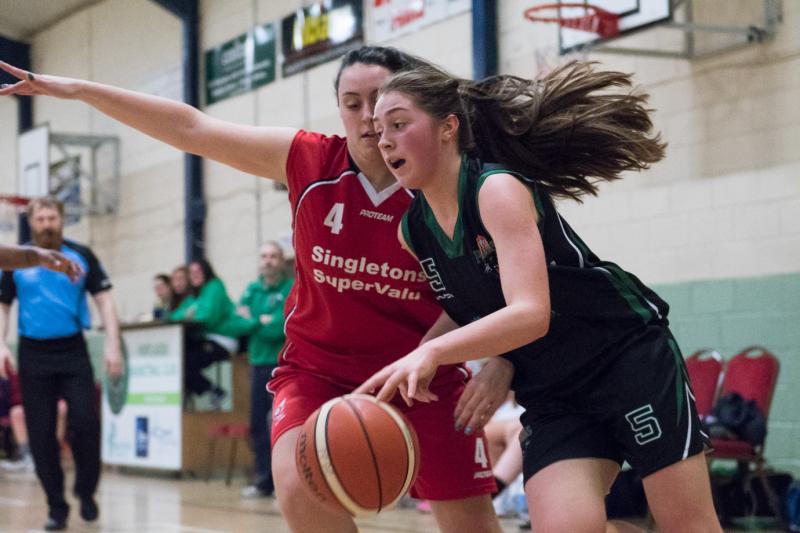 Portlaoise Panthers duo Maeve Phelan and Claire Melia have made history with the Irish Women's U-18 basketball team on Saturday night.

The win comes just a day after a pulsating 60-55 win over Israel in the quarter-finals, and they will now play either Germany or Great Britain in the final on Sunday at 8.30pm in Tallaght, in front of what is expected to be another sell-out crowd in the national arena.

Speaking after the game, coach Tommy O'Mahoney was proud of his players. “It’s hard to believe. I’m lost for words. They were absolutely fantastic, especially when there was only four points in it down the stretch with a minute or two to go they stepped up, nailed some shots – it was absolutely fantastic.

“We lacked a bit of composure at times, we didn’t do what we were supposed to do on things, but we got them refocused in the second quarter and did a lot better job. I think they’re mature beyond their years out there and it’s a night that will live on in the memory for a long time.”

Claire Melia top scored on the night for Ireland with 18 points, and Maeve Phelan added three more in a historic night for Irish basketball.