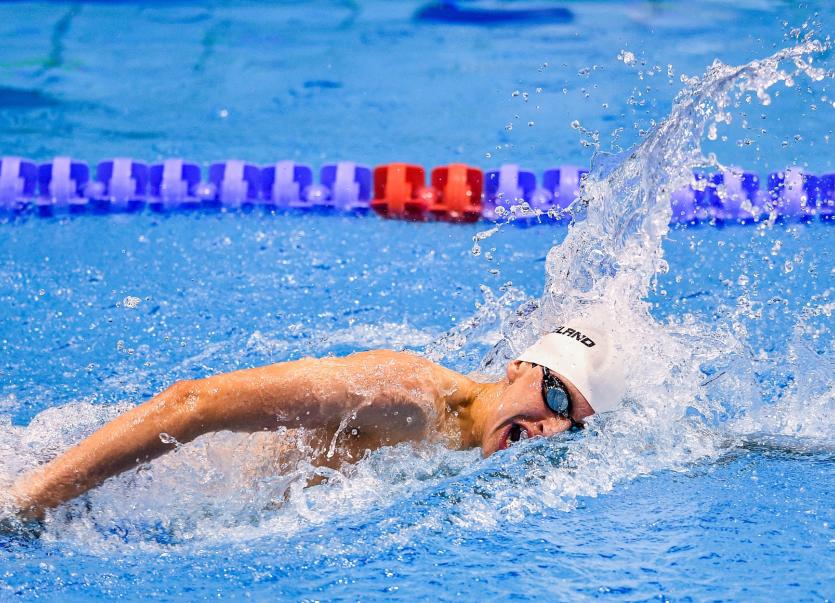 After another hugely competitive vote, we can confirm that Portlaoise teenager Sean Scannell is our Sports Star of the Month for July.

Sean saw off stiff competition from Camross camogie star Kirsten Keenan to top the poll, with Ronan Coffey from Portarlington come in third.

Sean was nominated for his performances at the European Youth Olympics in Gyor, Hungary, where he was the only Irish swimmer to qualify for a final. He was also part of the team which set a new Irish medley record at the games, and has been earmarked as a future star of Irish swimming, having come third in the Irish Senior Open 200m backstroke final earlier this year, despite still being 15 years old.

He is a member of Kilkenny Swimming Club, and a student in Portlaoise CBS, where he sat his Junior Certificate earlier this year.