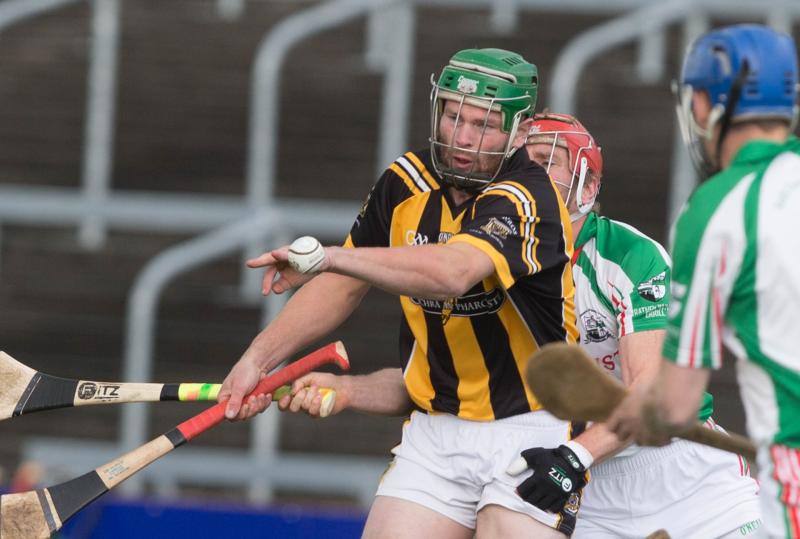 Zane Keenan on the attack for Camross.

After being on the wrong end of the biggest shock in recent Laois SHC history, Camross will look to get their season back on track against Ballinakill Gaels this Sunday evening.

Having built up some serious momentum ahead of that game with Abbeyleix, it seemed like a formality for Camross to breeze on into the last four. The Abbeyleix result will have shocked them to their core, so they will have to turn the famed Camross resolve and determination to steady the ship.

They will be expected to beat Ballinakill Gaels here, which in some ways could be a hindrance to their preparation. If they were facing one of the 'big guns' in the SFC, it might help Arien Delaney to sharpen their focus that bit more. Now, coming into a game they have to win, and know they should win, the pressure is amplified even more.

For their part, Ballinakill Gaels probably should have beaten Borris-Kilcotton in the opening round, but at the same time were laborious in their victory over Castletown. With Cha Dwyer back they will be hoping to be that bit more settled on this occasion, and as they showed last year, they are capable of mixing it with the best when they are on form.

On the balance of things, though, Camross just seem to be better placed to get the win here, even allowing for the loss to Abbeyleix. They surely won't be complacent, and if they can limit Eamon Jackman's opportunities from frees, and Cha Dwyer's opportunities from play, then they have enough firepower to book a place in the semi-finals.