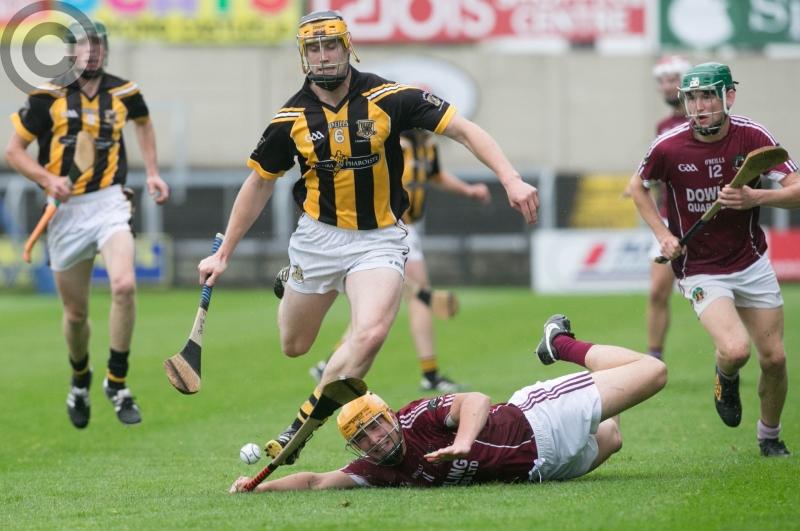 Camross are through to the semi-finals of the Laois SHC thanks to this four point victory over Ballinakill Gaels on Sunday evening.

First half goals from Niall Holmes and Ciaran Collier had put the in commanding position at half time, and they withstood an early second half comeback from Ballinakill Gaels to run out deserved winners in the end.

Ballinakill Gaels wasted little time in opening the scoring, with Sean Downey rifling a shot between the posts from way out on the right wing. Eamon Jackman followed that up with a free soon after, with Camross offering little in attacking during those opening minutes.

They finally opened their account through a Zane Keenan free, and they had Tadhg Doran to thank moments later too, as he produced a brilliant save to deny Downey a goal. A second free from Zane Keenan leveled the scores, but Eamon Jackman's free had Ballinakill Gaels in from soon after.

Camross hadn't looked themselves up to now, but Niall Holmes kicked them into gear when he was played through in the 14th minute. With defenders bearing down on him, he shortened the grip and shot into the ground, leaving Paul Simms with no chance. Keenan followed that up with a free, but Ballinakill responded well, hitting two points in reply through Dan Bergin and Jackman to keep themselves hot on Camross' heels.

The teams were swapping scores now as the pace of the game picked up, but Camross soon took a stranglehold on proceedings. Ciaran Collier was put through on the right side of the penalty area, and his sweetly struck first-time ground strike flew into the bottom corner.

Jackman hit back for Ballinakill with a free, but Camross were moving through the gear now, and rattled off four points without reply to lead by seven.

Both teams managed another two points apiece before the break, leaving Camross in a commanding position at the interval, leading 2-11 to 0-10.

Ballinakill needed to produce something early in the second half if they wanted to make a game of it, and that's exactly what they did. Jackman (free) and Cha Dwyer pointed inside of a minute, before wonderful work from Sean Downey helped to set up Evan Dunne in the penalty area, and he made no mistake as he rattled the back of the net.

Camross were rocking now, but a wonderful long range score from Darragh Duggan steadied the ship, and Tomás Burke added another to leave four in it. Sean Downey and Cha Dwyer hit back for Ballinakill Gaels, but the momentum they had built up appeared to be fizzling out now.

Darrell Dooley, Ciaran Collier, Niall Holmes and Zane Keenan (free) all pointed for Camross to put them six ahead with fifteen minutes to go, as they looked to put the game to bed.

Ballinakill Gaels tried to make a game of it, Jackman hitting a brace of frees to get them within five, but Camross were not to be denied as they comfortably saw the game out to the end.