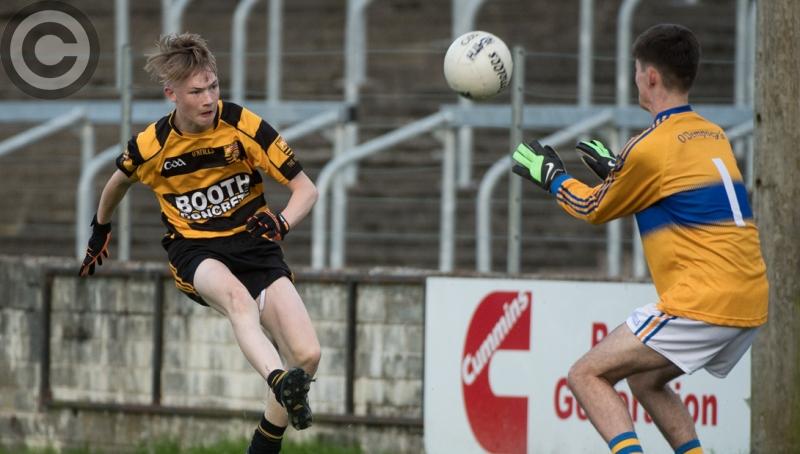 The Heath are the Laois MFC 'B' champions are a dominant display saw them comfortably beat O'Dempsey's in O'Moore Park on Monday night.

Leading by seven point at half time, they added four goals in the second half to record a well-deserved win, as they ran out 22 point winners in the end.

The Heath raced out of the blocks, with the excellent Leon Holland opening the scoring with a free in the fourth minute. The Heath were on the attack again moments later, and PJ Daly's mis-hit shot was fisted to the net by Conor Booth.

Points quickly followed from Neil Keane, Jake Ratcliffe and Fionn Holland to open up an eight point lead, and it could have been more only for a brilliant save from David Nicholson to deny Conor Booth.

O'Dempsey's sprung to life after that, with Aaron Fitzpatrick and Tom Kelly pointing before a well-taken goal from Barry Howlan got them right back into it.

The Heath weathered the storm well, however, and Leon Holland set up PJ Daly for an emphatic finish as The Heath resumed control of proceedings. With Leon Holland in superb form in the full-forward line, they lead 2-11 to 1-7 at half time.

Mark Barry opened the scoring in the second half to give O'Dempsey's renewed hope, but The Heath all but killed the game as a contest in the next few minutes. Leon Holland hammered a shot to the net from close range, before lovely build up play from Garrett O'Brien and Liam Kinsella ended with Kinsella sweeping the ball to the net.

That left The Heath in total control, but O'Dempsey's kept battling, and Mark Barry slotted over a few frees to keep the scoreboard ticking over. The Heath finished strongly though, with Fionn Holland cracking home his second goal of the game, and Brian Redmond getting up from the full-back line to complete the rout in the closing minutes.