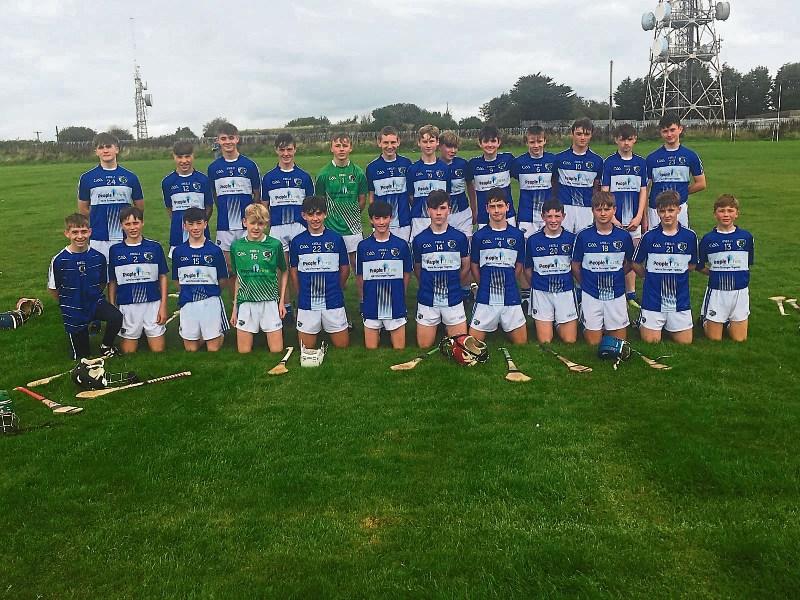 The Laois U/14 hurling development squad

The young hurlers of the Laois Development Squads had a very successful weekend, with the U-14s making history with victories of Kilkenny and Limerick in the Tony Forrestal Tournaments.

The U-14s recorded Laois' first ever victory in the 'A' section of the Tony Forrestal Tournament, and what a win it was too, as they defeated Kilkenny's 'A' team by a point, 2-10 to 1-12.

No Laois team has defeated Kilkenny in any grade since the seniors win over them in the Walsh Cup during Niall Rigney's spell in charge, while championship wins over the Cats are even rarer, making this a remarkable and momentous victory for the young team.

Not content with that scalp, they turned their attentions to Limerick, and this time it was a more emphatic affair. They had eight points to spare over the Treaty, winning 1-15 to 1-7, despite playing most of the game with 14 players.

At this stage, the draw worked against them, as they qualified for the semi-finals against Tipperary. This game was just 20 minutes after their win over Limerick, while Tipp had a break of an hour and a half before throw in.

Having been left with 14 men in the Limerick game, fatigue eventually caught up with Laois, but they put in an almightly battle. With five minutes to go there was only four points between the teams, but a strong Tipperary bench was the difference, as they finished strongly to record a 2-10 to 0-7 victory.

The Laois U-15s fielded two teams in the Michael Foley tournament, in Division 1 and Division 3.

This put them in a semi-final against Dublin, but the Dubs, who eventually won out the Division 1, proved too strong on a scoreline of 5-10 to 202.

The Division 3 team brought home some silverware, however, thanks to some very impressive performances.

The Laois U-16 team were also in action on Saturday, as they took part in the 'B' section of the Arrabawn competition.

Those three wins sent them through to the semi-finals, where they met a strong Kilkenny side. It was a closely fought game from the first whistle, but the final scoreline was a harsh one on Laois. The game ended 1-14 to 0-7, but a run of 1-3 without reply in the last couple of minutes made things look a little better for the Cats.

Overall, it was a very encouraging weekend for Laois underage hurling, with the work being done at club, development squad and schools level paying off with some impressive results.