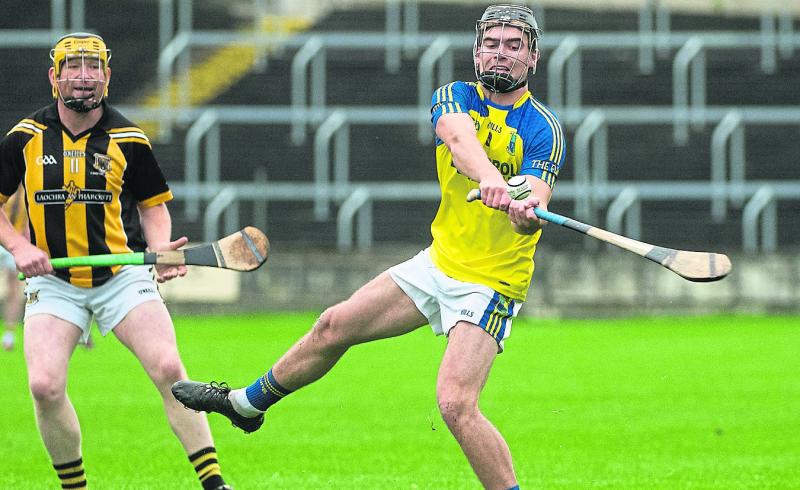 For many hurling supporters around the county, the intrigue in this game lies in whether Abbeyleix can follow up their excellent victory over Camross.

It seems a long time ago now, and it remains to be seen how they have handled the intervening period. The elation of the victory will have long worn off, but worry is that so has some of the match sharpness that allowed them to claim that victory.

The other down side to the break is that they haven’t had a chance to build on that confidence the win provided. You’d have to imagine the players would have loved another game a week or two later to keep the momentum going, but the price has been a lack of competitive action.

They will no doubt have been having competitive training sessions and practice matches, but Clough-Ballacolla are coming into this game with a morale boosting victory over Rathdowney-Errill under their belts.

It has been an odd year for Clough-Ballacolla so far, with two of their last four games ending in 21 point defeats. They looked a spent force after being humbled by Borris-Kilcotton, but they deserve huge credit for coming back to beat Rathdowney-Errill. It says a lot about the character in the side, but it will all have been for nothing if they lose here.

The signs were good for them last time out too, with Willie Hyland approaching his best form, and their back line playing with the intensity required at this level as well.

That intensity in defence will have to be matched with discipline against Abbeyleix, as Eoin Reilly has been in devastating form this season, hitting 1-23 in two games. He’ll punish every free within 70 or 80 yards of goal, so that puts huge pressure on Clough-Ballacolla.

It’s a really tough game to call this, as Abbeyleix are still, to an extent, an unknown quantity at this stage of the competition. This group hasn’t found themselves in this position before, so it remains to be seen how they handle it. Producing one big performance to beat Camross was the easy part, now they have to improve on it against Clough-Ballacolla.

Against Rathdowney-Errill, Clough-Ballacolla showed they have the experience to adapt to the game and figure out how to win. It’s a priceless commodity, and it could be the deciding factor here.