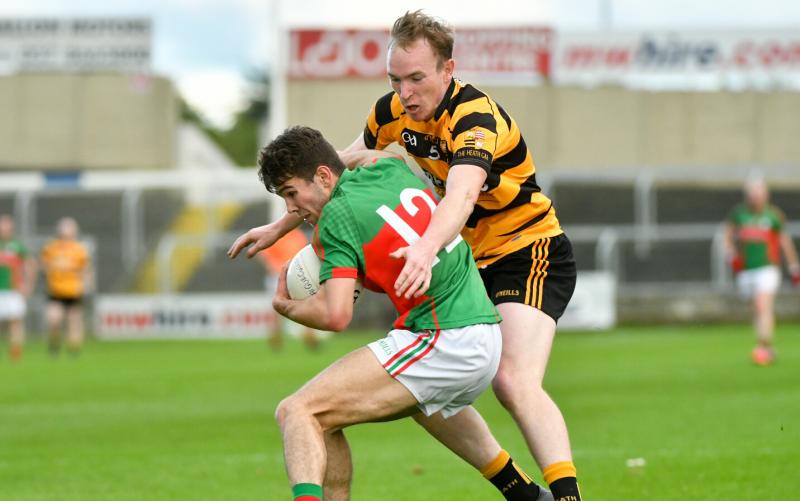 Danny O'Reilly will be one of the main men for Graiguecullen tonight.

A cracking weekend of action gets underway on Friday night with this intriguing clash between two clubs with big ambitions.

Graiguecullen have been left without a game for four weeks, so it will be a test of Padraig Clancy to see how he has bridged that gap. St Joseph's, meanwhile, are probably glad with the extra week to prepare, as it gives them more time to work with their returning players.

Both teams are mobile, but Graiguecullen have attacked with a bit more pace and are probably a more direct side than St Joseph's. Dessie Brennan's men will commit a lot of men to defence and make life difficult for Graiguecullen, but they are not playing particularly well, so barring a marked improvement from them, Graiguecullen should win this one.

They will have to hope those lads back from America have recovered a bit of sharpness and pace. Michael Keogh, if they can get him firing on all cylinders, will make a huge difference to their attack, but only if they can get it up to him quick enough.

Graiguecullen were poor against The Heath for long spells in the game, but when they do find some rhythm they can rattle off scores quickly.

A feature of their play against Killeshin in Round 1 was the pressure they applied around midfield, and when they turned over the ball they attacked with real pace. That will be a bit more difficult here, as St Joseph's defend with a lot of numbers, but Graigue's best chances for scores may well be in scenarios like that, where they turn the ball over when Joes are moving forward, allowing them to counterattack against a fragmented defence.

A real interesting game awaits here, but on the balance of form, Graigueculle appear to be the better placed of the two teams.