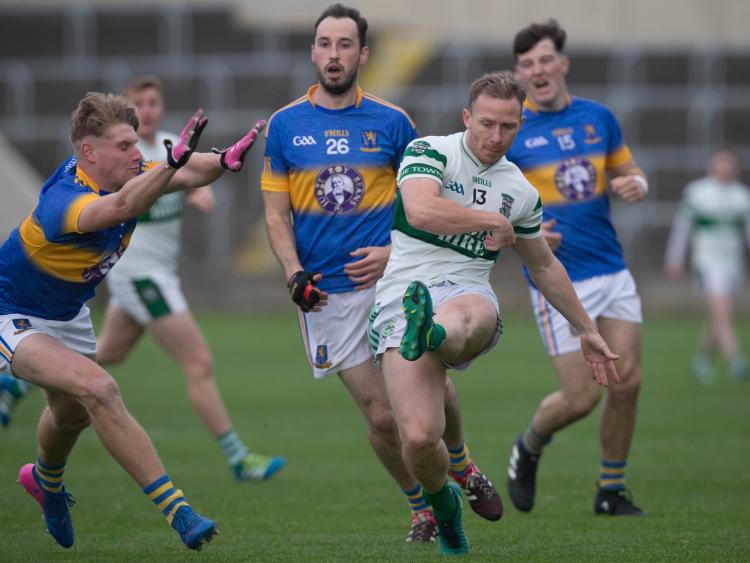 Paul Cahillane was in superb form against O'Dempsey's last time out.

Portlaoise return to action against the team they played in their last SFC outing, as they will look to inflict another defeat on O'Dempsey's.

Fresh from their training camp in France, expectations could hardly be any higher for Portlaoise here, but they have shown already this year that they are in superb form. Their first half-performance against Arles-Kilcruise in Round 1 was Portlaoise at their very best, with players attacking at pace, the ball being moved quickly, and players movement completely in sync.

They blitzed O'Dempsey's when the teams met in Round 2, and a run of three goals just after half-time had the game wrapped up long before the final whistle. They won that game by twelve points despite not scoring for last twenty minutes or so, which gives you an idea of how dominant they were.

It's hard to see O'Dempsey's making much headway from that game. They bounced back with a good win over Crettyard Gaels, but they are meeting a much different animal here.

Portlaoise have probably put a bit more pressure on themselves by going for that training camp, as expectations will naturally rise, but maybe that was the whole point. They lost some of the edge and hunger last year, and they are clearly determined to regain that now.

O'Dempsey's have already suffered on the back of that rediscovered hunger, and so another Portlaoise win seems inevitable here.