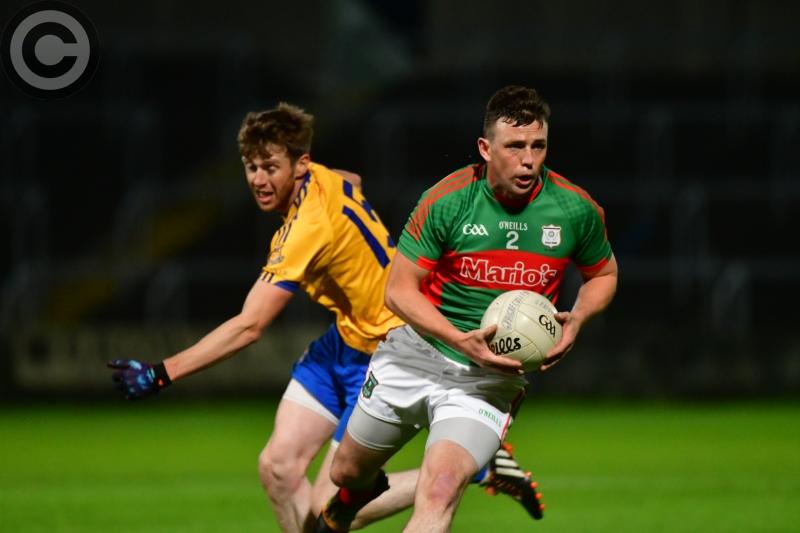 An injury time free from Ian Fleming saw Graiguecullen claim a narrow one point win over St Joseph's tonight, as they booked their place in the semi-finals of the SFC.

Fleming held his nerve in a chaotic end to the game to slot over a free from 30 yards out, and with St Joseph's unable to fashion an equaliser, it meant Padraig Clancy's charges are through to the last four.

After an impeccably observed minutes silence in honour of Harry Forbes, father of Graiguecullen player Aaron Forbes, it was Graigue who opened the scoring in the fourth minute. Jamie Parr's sweetly struck free put his team ahead, but Brendan Hickey responded with a fine effort from play for St Joseph's.

Graiguecullen started to take control of proceedings after that, and they looked by far the most dangerous of the two teams. Ambrose Doran set up Jamie Parr for a point from play this time, and Mark Timmons followed that with a superb effort from long range.

Ross Hennessy then slotted over a free from 25 yards out, and by the mid-point of the half Graiguecullen were comfortably ahead, 0-4 to 0-1.

St Joseph's weren't creating much at this point, and it was no surprise that it took a Graiguecullen mistake to get them back into it. Liam Kearney's attempt to catch a high ball slipped from his grasp, allowing Brendan Hickey to race clear on goal. He duly fumbled the ball as he bore down on Ger Kieran, but he managed to toe-poke the loose ball to the net.

That drew his side level, but it didn't really draw much of an improvement from the Kellyville outfit. Instead, Graiguecullen remained in control, and they re-took the lead thanks to a Luke Alsybury point, when he fisted over from close range.

Ambrose Doran followed that up with a peach of a score from the right wing, and then Trevor Collins rounded off a counterattack with a nice point, and they lead by three once more.

That was the signal for a second St Joseph's goal, as Michael Keogh's shot for a point from the left wing dropped short, and Dan Dunne ghosted in front of Trevor Collins and Ger Kieran to flick the ball to the net. That was the last action of the half, and the teams went in level at the break, 2-1 to 0-7.

St Joseph's introduced Matthew Campion at half time, and he wasted little time in putting his side ahead for the first time, as his shot from 35 yards sailed between the posts.

Graiguecullen showed little sign of panic, and instead equalised thanks to a sweetly struck free from Ian Fleming. Aaron Forbes, who came on for Chris Hurley just after the interval, set up Ambrose Doran for a point after that, as Graiguecullen re-took the lead.

They doubled their advantage soon after, with Fleming again hitting the target with an excellent free from way out on the right wing. They had the chance to really take a stranglehold on proceedings after that when Ross Hennessy was put through on goal, but his powerful shot hit the crossbar and rebounded away from goal.

St Joseph's were still right in the game though, and they eventually hauled themselves back on level terms with Jason Campion and then Enda Butler pointed.

Butler's point came with just 30 seconds of normal time left, and it set up a frantic four minutes of injury time. All composure appeared to go out the window as the play ebbed and flowed, with Graiguecullen eventually winning a free 30 yards out. Ian Fleming held his nerve to slot it over, and that proved to be the winner.

St Joseph's threw everything they had into finding an equaliser, but Griaguecullen managed to hold on to claim a one point win, and a place in the semi-finals.