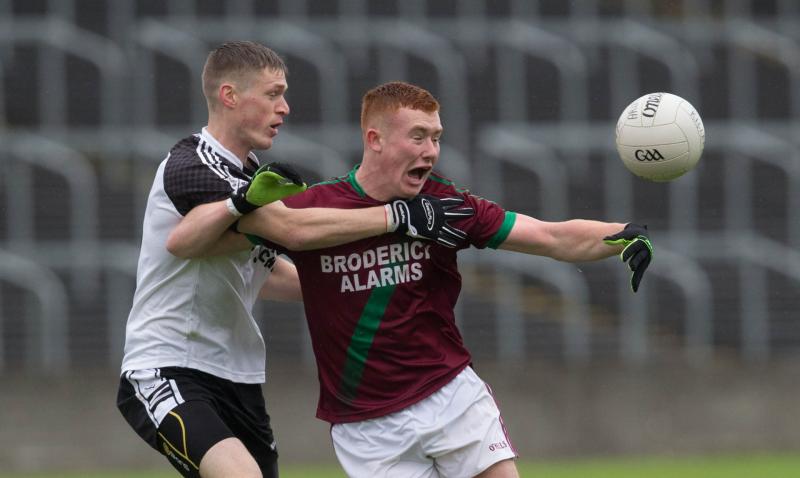 Portarlington are through to the semi-finals of the Laois SFC after getting the better of Arles-Killeen in a controversial game at O'Moore Park on Saturday night.

The game was blighted by a huge row in the tunnel at half time, while Arles-Killeen finished the game with 14 men after Donie Kingston was sent off for an off-the-ball incident.

Donie then tapped over a third Arles-Killeen point with a little over four minutes played, and Sean O'Shea then threaded a shot between the posts from a tight angle as Killeen lead by four. Kevin McGrath opened Portarlington's account in the seventh minute, but Paul Kingston had bit back for Killeen soon after.

Portarlington were nowhere near as threatening as they had looked in all of their games up to now, and Jason Enright curled over another free to see Killeen five ahead.

Portarlington were offering little in attack, but burst to life in the 15th minute. Colm Murphy picked up a loose ball 30 yards out and offloaded to older brother David, who smashed a shot to the back of the net.

That should have given Portarlington a lift, but Arles-Killeen responded with the next three points to cancel out the Port goal. Evan Lyons lofted over a free for Port to try and keep them in the game, but Arles-Killeen finished strongly, as two more points from Donie Kingston and Jason Enright saw them 0-11 to 1-2 ahead at the break.

That wasn't the end of the drama, however, as a huge row erupted in the tunnel as the teams made their way off the field. Players, officials, stewards and supporters got caught up in the melee, which rumbled on for several minutes before order was eventually restored.

John Flynn issued a couple of quick yellow card early in the second half to try and restore some order, and Port settled the quicker of the two teams, as David Murphy (2) and Colm Murphy (free) got them within three of Arles-Killeen.

Jason Enright and Evan Lyons exchanged points before the unsavoury element returned to the game, as two separate flashpoints happened at opposite ends of the field. The result of one of them had a huge bearing on the game, as Donie Kingston was shown a straight red card.

Jordan Fitzpatrick was only on the field a couple of minutes when he raced 40 yards through the Killeen defence before firing low past Mick Leigh.

Arles-Killeen looked lost without Donie Kingston, and even though Paul Kingston pointed a free for them, Fitzpatrick struck for another brilliant goal to see them through to the semi-finals.