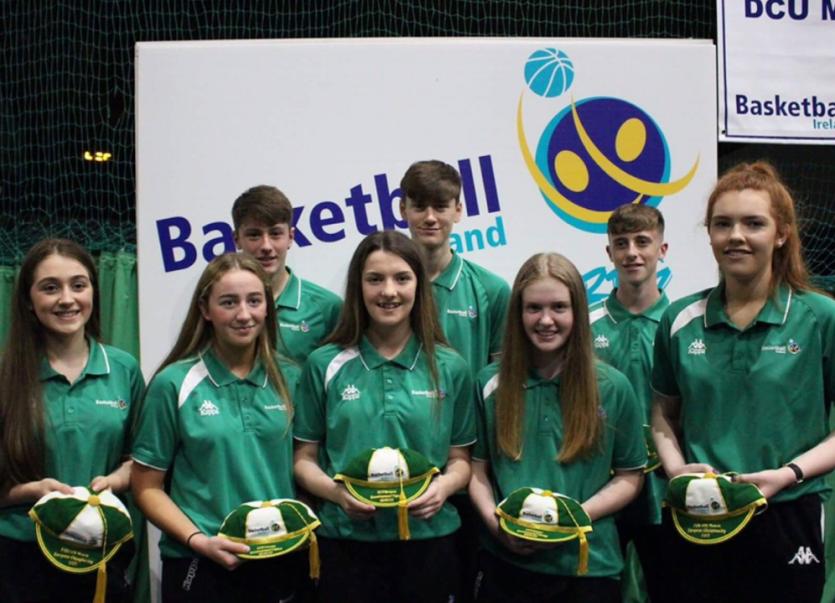 The Portlaoise Panthers underage players who played for Irish teams during the year.

Some of Portlaoise Panthers top underage talent were awarded their international caps in a presentation ceremony at the National Stadium in Tallaght over the weekend.

The club had eight juvenile players represent Ireland this year, an incredible number, and one which is sure to keep growing as the club continues to go from strength to strength.

Claire Melia and Maeve Phelan had a stand-out year with Ireland, as they were part of the first ever Irish team to contest a European final, with Melia earning a place on the Team of the Tournament. Oisin Rice also experienced international tournament basketball over the summer, as he traveled to Bulgaria for the FIBA European U-16 championships.

All of them will be back in action with the club in the coming weeks, with Melia and Phelan set for another season of Super League basketball with the club's senior women's team.