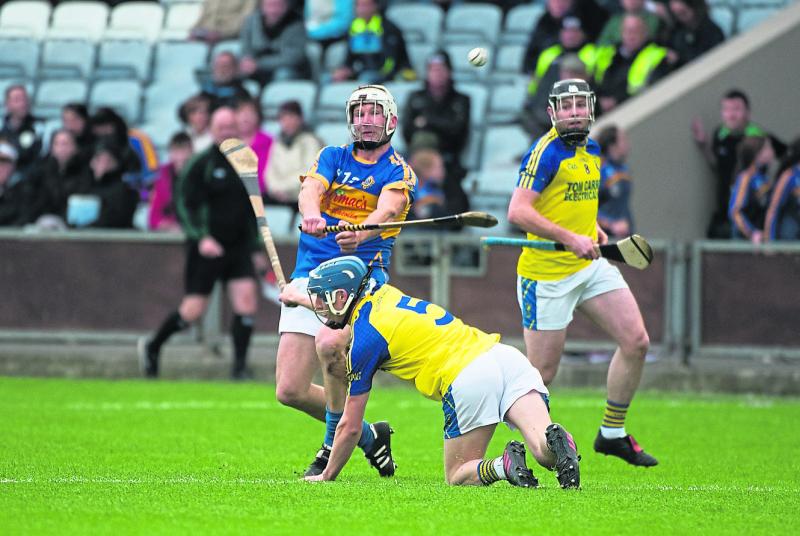 When Clough-Ballacolla sought to appoint a captain this year, they could hardly have found a more popular choice than Canice Coonan.

A popular member of the squad, he has been in the trenches with this team for a long time, and he's universally respected for it. It was an easy decision, but for Coonan, his year as captain has not been as straightforward as the decision to appoint him.

After an impressive league, they were hammered in the final by Camross, and soon after that, Borris-Kilcotton handed out another harsh lesson in the championship.

It wasn't an easy time to be a Clough-Ballacolla hurler then, but especially so if you were the captain. “I suppose I did feel pressure then, but we have so many leaders in the squad, we have a leadership group even within the panel, and we were able to talk about it among ourselves. We all felt the pressure, but there are leaders in this team, and I suppose if we didn't have them we wouldn't be in this position now.”

“That players meeting was the turning point, and we got back right for the Rathdowney-Errill game and turned in a good performance, and that got us going.”

That meeting has eventually led them back to Camross, and another meeting with the aristocrats of Laois hurling.

Their 2015 final was a closely fought affair, and Coonan is expecting nothing less this Sunday. “It's a massive task facing us, and we're under no illusions. We will have to bring a massive intensity to the game, otherwise we could be blown out of the water in the first ten minutes.

“Hopefully we can stay in touch and settle down. We have serious respect for Camross, and I would hope they have the same for us, and if we don't turn up on the day then we won't have a chance.”

With the experience in both camps, it seems unlikely either of them will get stage fright at this stage, and even after all his years on the road with this group, Coonan still revels in the chance to play with his team mates. “We have a lot of experience in the team, no more than Camross, and it is going to be some battle. I've been playing with a lot of these lads for a good while, and it's a privilege to tog out with these men.”