LAOIS SHC FINAL - The odds, the weather, the top scorers, and what awaits the winner 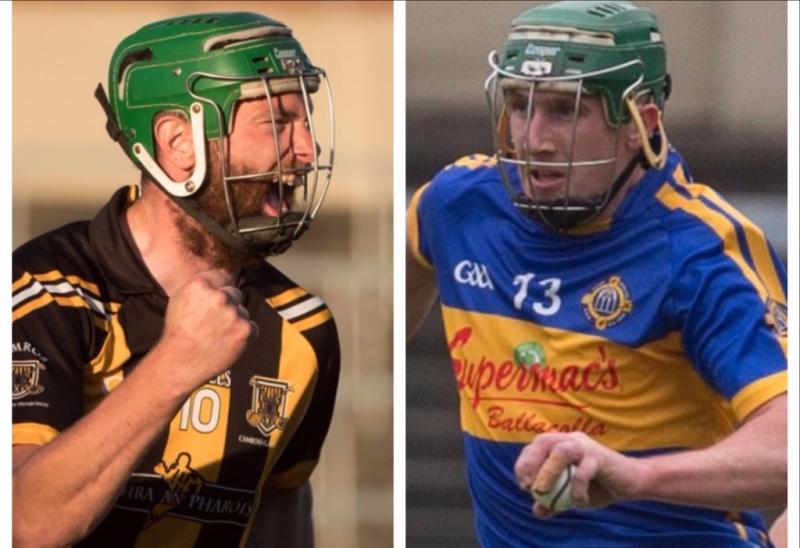 All you need to know ahead of this Sunday's final.

There's a lot to catch up on in the days before the final, so here we've cobbled together some of the vital info ahead of Sunday's decider.

Most teams don't want to be made the favourites ahead of a final, but the title must rest somewhere, and the bookies have given Camross a tentative nod. Paddy Power have them at 5/6 for the game, with Clough-Ballacolla at 6/5, and a draw listed at 9/1.

Over on BoyleSports, Camross are listed at 10/11, with Clough-Ballacolla evens and a draw 8/1. They have no handicap betting on the game.

The weather can have a big impact on a game, and the forecast for this Sunday's final is promising.

Temperatures should be around the mid-teens, with a high of 17 degrees. There is little wind forecast, just a breeze of 5 km/h, and only a 20% chance of rain, according to the website www.weather.com.

A dry, bright day with little wind would be exactly what both teams are looking for, and if the forecast holds up it should make for an entertaining game. The pitch in O'Moore Park had a tough time of it on Saturday last, with heavy rain throughout the evening, coupled with the three SFC games, forcing the MHC 'B' final on Sunday to be played in the Training Centre.

The pitch will be left free for the week though, and there are rarely concerns over the surface these days thanks to the excellent work by the ground staff. Even the heavy rain of the last few days should drain off without a problem.

As things stand, both teams should have ideal conditions to battle it out for the Bob O'Keeffe Cup.

Whoever emerges victorious from this Sunday's Laois SHC final will have plenty of time to celebrate, as they will have to wait six weeks for another competitive game.

This Sunday's final is two weeks earlier than last year's drawn final between Borris-in-Ossory Kilcotton and Rathdowney-Errill, and provided this year's final doesn't go to a replay, then either Clough-Ballacolla or Camross will not play again until November 5th.

It promises to be a difficult task for either side to retain their competitive edge for that long, but with the Wexford, Kilkenny and Dublin SHC winners all on the other side of the draw, this year offers a great chance for a club side from Laois really making an impact at provincial level.

Zane Keenan is top of the charts heading into this weekend's final having scored 1-37 so far in the competition, an average of ten points per game. All bar eight points of Keenan's total have come from placed balls.

His nearest challenger is Willie Hyland, who has scored 1-33, with an impressive 1-15 of that coming from play, making him the top scorer from play in the championship.

The best scoring average in the championship belongs to Eoin Reilly from Abbeyleix, who averaged 10.3 points per game across his three games in the competition. That figure was significantly boosted by his haul of 1-15 in the opening round against Castletown.

The full list of scorers for both Clough-Ballacolla and Camross is below.