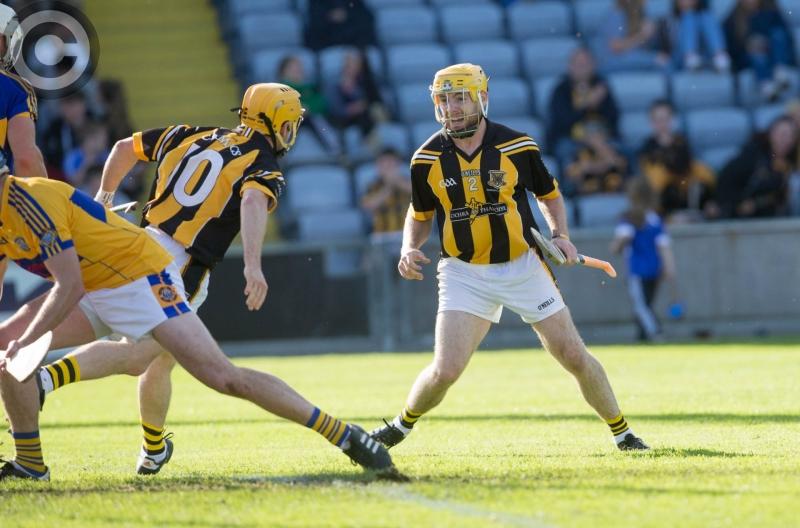 For a club as successful as Camross, it's hard to imagine they ever go through periods of strife or hardship, but the last three years were tough on the players.

Trying to keep motivation high and appetite at the requisite levels wasn't easy, for players and management, but that's exactly what they managed to do.

For Dwane Palmer, as he reflected on his team's dramatic victory afterwards, you got the sense that the club's success this year has gone some way to making up for those disappointments.

“Just to try and get back, it's hard to come back every year. You get to the final, and to lose it is so disheartening, but we set down a marker this year that we were going for a clean sweep, we have the Palmer Cup, the League and we have the championship now, so that has just topped it all off.”

Key to their success was convincing Arien Delaney to return as manager. His term had ended after 2016 and he was moving on to the Laois minor job, but the players stepped in and convinced him to give it one more year. As Palmer admitted afterwards, they all felt there was unfinished business.

“We felt that the first year he was in, we won it, and the last three years we lost two finals and then lost in the semi-final, we were saying that one out of three finals is not good enough, one out of four years was not good enough.

“We just to tried and get him back this year, because we thought we did have unfinished business. We have been in four finals now in the last five years and we're after winning two, we have a 50% record anyway so that's not too bad.”

Camross actually made a nervy start to this game, hitting some bad wides early on before Palmer played a big part in settling his team down. He set up one goal and scored another, but it was the actions of Zane Keenan and Mark Dowling he was keen to pay tribute to after the game.

“Ballacolla really came at us in the second half, and thank god Zane was on form, his sideline to put us ahead was an unbelievable score, and then for Mark Dowling to get the goal took the pressure off us a bit, thank God.”

While a few key players came up with a few key scores on the day, the success of Camross this year has been built on their strength in dept, a fact not lost on the versatile intercounty star.

“We probably have the strongest panel this year than we ever had before, the likes of Lorcan Burke, Mark Dowling, Craig Delaney, Darren Gilmartin, lads like that coming off the line gives it a big boost. If you're not going well on the pitch, you will be gone. There is serious competition in training, and on the pitch on the day.”