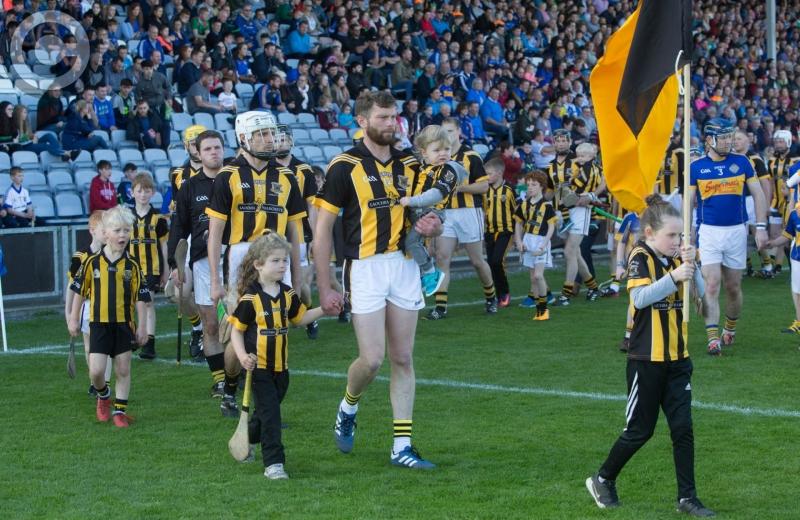 Camross defender Joe Phelan is as hard-working and honest as they come in hurling, and he put in another big shift for Camross last Sunday to help his team get over the line against a gritty Clough Ballacolla side.

“We got lucky there in the second half” said Phelan afterwards. “In the first ten minutes of the second half we were supposed to put them away. Things didn’t go to plan, they got on top, but fair play to the lads. The last ten minutes we dug it out there. Zane got a hell of a sideline there, got a goal straight after.”

Not only have Camross won back the Senior Hurling Championship this year, they’ve also been very successful at underage level and camogie this year, making it one of the best seasons in the history of the club “It's been a great year. Minor, U-17, U-12, camogie. A super year, and a great way to cap it off today.”

Clough Ballacolla proved very intense in their tackling and fighting for every ball, winning a lot of individual battles early in the second half.

“Two year s ago, the same thing happened. We had a lead at half-time there, this year we said we wouldn’t let them back into it. God, Clough Ballacolla came back out, point after point. They really had us on the rack there for twenty minutes. We missed some atrocious chances in the first half as well, we should’ve been up by a lot more. Thank god this one didn’t get away, we dug in the last few minutes”

Phelan was also quick to remark on how vital manager Arien Delaney was to Camross this year. “He’s crucial. He left us at the end of last year, everyone was devastated.

“We had a players meeting, it was two weeks after we were knocked out. We said we want this man back. We’re going to give it one more hell of a year here. We went up to him, asked him would he come back, and he came back, he gave it everything. We know what you get from Arien, complete professionalism.

"Some people said he should be gone, but the players wanted him back, and it showed here today. He’s a fantastic coach."

Joe Phelan and his teammates now look forward to the Leinster campaign, although that won’t begin for a while. The Laois winners are drawn against the Carlow champions, who aren’t finished their championship yet.