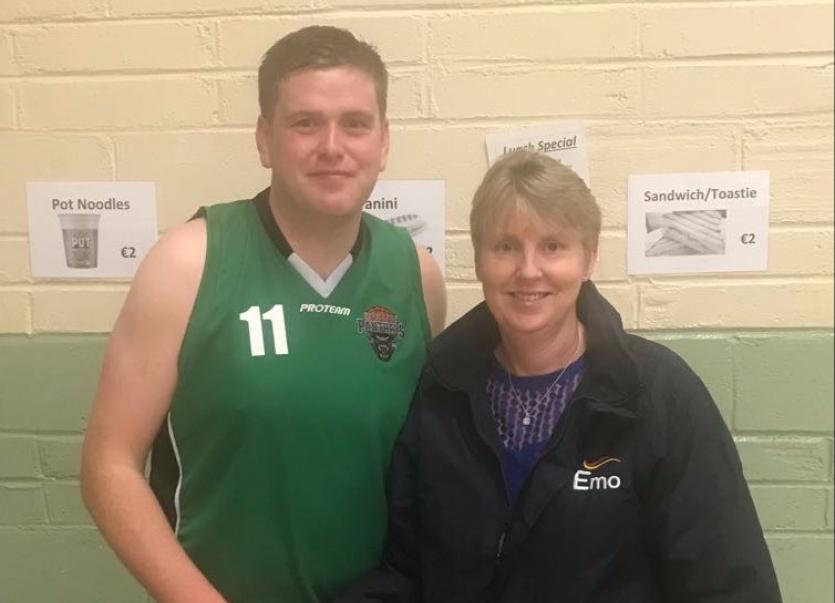 Anne Tierney from Emo Oil, game sponsor for the Portlaoise Panthers home game with IT Carlow on Sunday.

Portlaoise Panthers welcomed IT Carlow to St Mary's Hall on Sunday evening, in what was a highly anticipated local derby.

The hall was packed to capacity and the atmosphere was electric for this, their second home game of the season. Both teams had suffered defeats in their opening games of the season and both were hopeful in bagging their much needed first win.

Carlow, following a disappointing season in the National League last year, have regrouped and added some quality players with a lot of experience to their squad.

Portlaoise got off to the better start with their American Tim Stewart scoring the first seven points of the game, showing his versatility as he finished under the basket and off the dribble. Portlaoise opened up a 9-2 lead within the first three minutes of the game and it looked very promising for the home team.

Unfortunately that is the only lead the Portlaoise men held for the rest of the game as Carlow settled into their offence and exposed numerous cracks in the Portlaoise defence. Jimmy Gordon, Carlow’s American recruit, was on fire from long range as he scored freely from outside the key.

David Glynn replied with a three pointer of his own but Portlaoise were settling for the outside shots instead of penetrating the tough Carlow zone. Portlaoise struggled to defend Carlow’s crisp ball movement and this resulted in open shots which Gordon, Donohue and O’Neill happily nailed as they pushed out their lead to eight points at the end of the first.

Portlaoise rallied through Stewart and Lithuanian Mantis Vilimas, however they had gone cold on the offensive end as too many simple scoring opportunities under the board went amiss. Peter O’Sullivan netted the first of his two threes which kept the scoreboard ticking over. 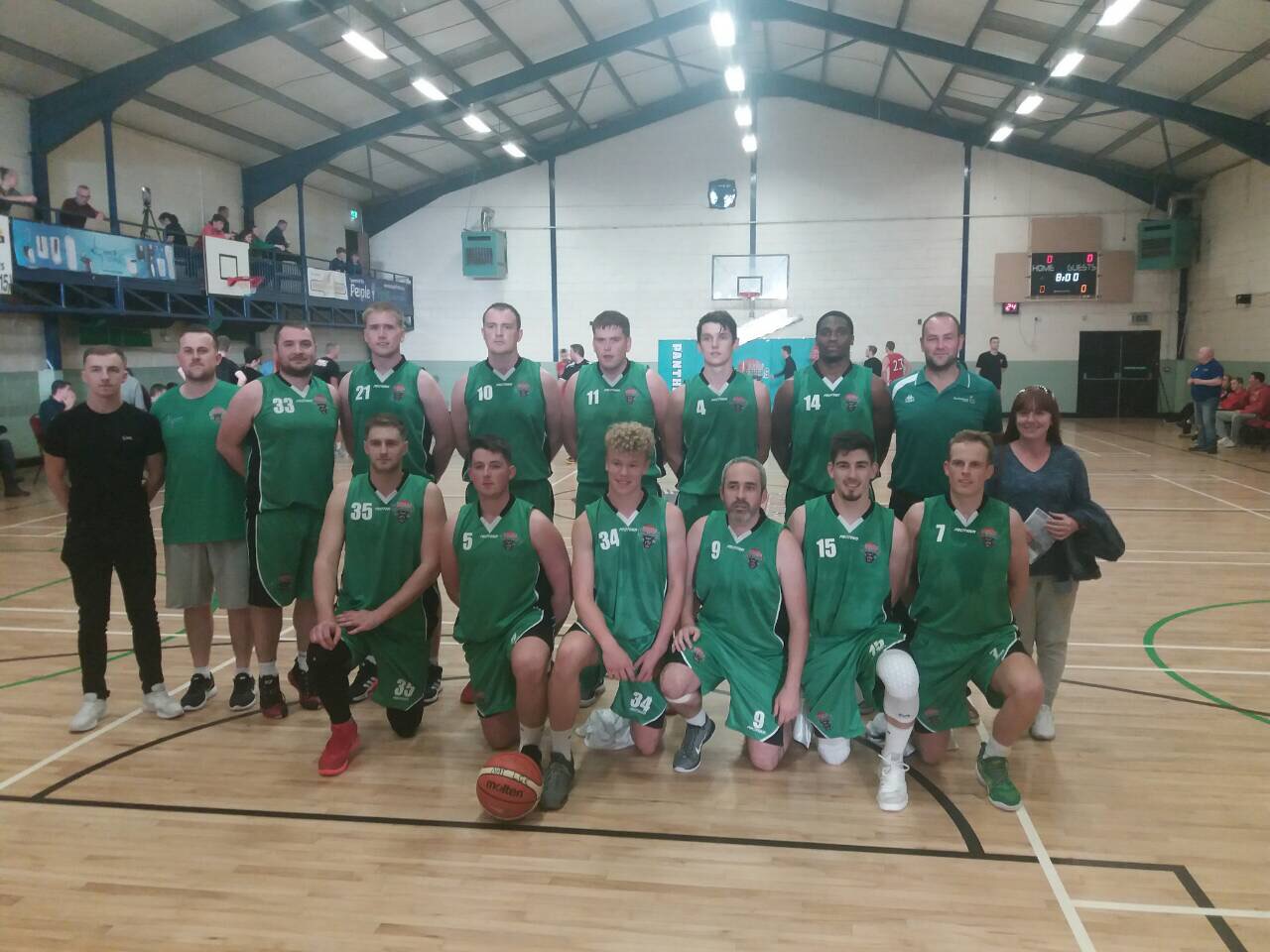 To their credit, the packed crowd cheered on every Portlaoise score and recognised the effort made by the home team but Carlow punished every mistake Portlaoise made. Alan O'Neill and Aaron Whelan led Carlow from the point and pushed the ball at every opportunity.

Their execution of the fast break led to basket after basket and the Panthers struggled to contain their movement on and off the ball. Carlow opened up a 18 point lead in the second quarter which was cut to 15 points as Jack Dooley hit a three pointer on the buzzer. Despite this, Carlow were fully in control of the game and Portlaoise needed to reassess their game plan at the half time break.

At the start of the thidrd quarter Portlaoise looked like a new team, after 90 seconds they had cut the lead to eight points. Two forced turnovers and three baskets from Tim Stewart and the lead was halved.

Unfortunately, this was not to last as Carlow’s Jimmy Gordon got hot from long range again and he simply could not miss. For every hard earned basket that Portlaoise netted, through Jack Dooley and Jack Scully, Carlow seemed to have an answer for and by the end of the third quarter, despite showing great fighting attitude, it was clear that today was not going to be their day. Carlow led by 21 points going into the last quarter.

The fourth quarter had a sense of inevitability to it as Portlaoise chased the game and tried to close the gap but they were giving up scores too easily and Carlow always had a comfortable 20 point lead. Some excellent defence from Mantis and two fast break lay-ups towards the end of the game showed that this home team have a never-say-die attitude that will surely stand to them down the stretch this season. Carlow eventually ran out 19 point winners.

While it has been a tough start for the Portlaoise outfit there have been some positive things to take from the first two games. They head to Sligo to take on EJ All stars next weekend followed by the first double header of the season.