GAA FEATURE - Could these ten hurlers make a difference to the Laois senior hurling panel in 2018? 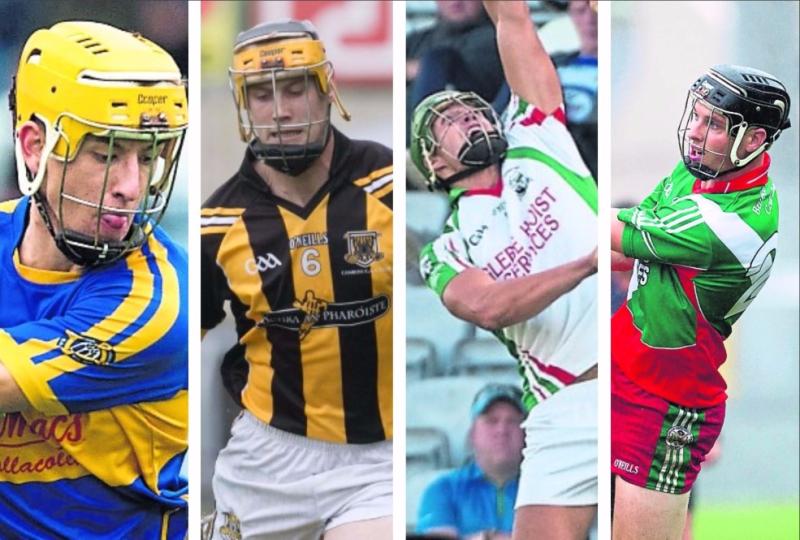 With the club hurling scene now all but over, the next serious action of note outside of the provincial club championships will be when the Laois senior hurlers take to the field in January.

As we all know, Eamonn Kelly had a very young panel to pick from during this year, and while the pool of hurlers is not massive in Laois, we believe there is still plenty of talent out there which could add a lot of competition to the squad.

We have gone for hurlers who were not involved in the last 12 months at least, which is why PJ Scully isn't on the list, although we hope he does find his way back to intercounty hurling. There are any number of factors which will determine whether these players are involved, principally whether the management team deem them good enough, and whether the players themselves have the time and interest to commit to the demands of intercounty hurling.

With that in mind, here is a few players we think could strengthen the intercounty ranks.

Probably the most talented hurler in the county not to play for the Laois seniors, to any real degree, over the last five or six years. A real presence at centre-back, he reads the game superbly, is strong in the air and on the ground, and as he showed in the county final, has a good eye for a score too. Has so far opted out of committing to the senior intercounty scene, save for a brief spell during the early years of Cheddar Plunkett's tenure. He would be a massive addition to the panel, and at 24, is still young.

Opted out of the intercounty scene in recent years, and spent last summer in America. A prodigiously talented minor, his progress since has seen him struggle to nail down a regular position, as Cheddar Plunkett tried him in a couple of different areas. Undoutedbly has the ability and physique to prosper in intercounty hurling, it would be great to see him back in the blue and white for 2018.

Probably Rathdowney-Errill's most consistent performer this year, he scored 0-8 from play across three championship games while playing predominantly at midfield. Big and strong, two important traits in the modern game, he also has a good hand and impressed with his fielding in the championship this year. Throw in a good work ethic and an eye for a score, and you'd have to imagine he would have something to offer the county setup.

A mainstay of the Camross team this year at wing-back, he can also operate at midfield. A tough, competitive hurler, he is also very comfortable on the ball and his distribution is very good. Has the size to compete at intercounty level as well, and with the injury to Cahir Healy, Eamonn Kelly will need extra cover in defence.

The youngest member of this list so far, but a lot of potential in the Clough-Ballacolla man. To use a phrase commonly quoted around these parts, he has 'filled out well' over the last couple of years, and is a strong, confident hurler now on the senior club scene. At 19, there is still a lot of room for improvement and his strong, direct running will cause teams problems. A consistent scorer as well.

Another Clough-Ballacolla youngster, Broderick is only 21 but has played an awful lot of hurling in a short space of time. The Clough-Ballacolla management team had enough confidence in him to detail him with a man-marking job on Zane Keenan for much of the county final, and he did well at times on one of the most influential hurlers in the county. Like his club mate Robbie Phelan, has all the raw materials to do well, and exposure to a top class intercounty set up could only improve him further.

All of our choices so far have been from the senior championship, but Gareth Dunphy has been in superb form this year for Ballyfin Gaels. Scored 0-8 in the final, and while he was slightly more subdued in that game, he was still a shining light throughout the year as they upset the favourites, The Harps, in the semi-finals. His team mate, Kevin O'Rourke, also has a lot of potential.

Centre-back on the Abbeyleix team this year, Delaney is still only in the infancy of his senior career. Nonetheless, he possesses size, strength and plenty of ability, and while he probably isn't ready to go straight into the team, a year or two on the panel, training and playing at a higher level, could see him flourish. Ryan Peacock is another Abbeyleix man who could also offer something to the intercounty set up. Eoin Reilly would also be on the list if he hadn't moved to Abu Dhabi for work recently.

Missed this championship season with injury, but a talented hurler nonetheless. Still young, he can operate across the full-forward line, while Borris-Kilcotton also trialed him in defence this year too during the league. A good eye for a score, strong and not afraid to throw himself into tackles, he could have something to offer the set up.

Has been on and off the panel so much over the years, that at 28 now, you'd be tempted to think he no longer has the interest to hurl at intercounty level. All the same, he's undoubtedly have something to add to the setup, with his scoring prowess and game management right up there with the best in the county. Has he the interest for one last hurrah with the county's hurlers?

Agree? Disagree? Let us know in the comments section on Facebook