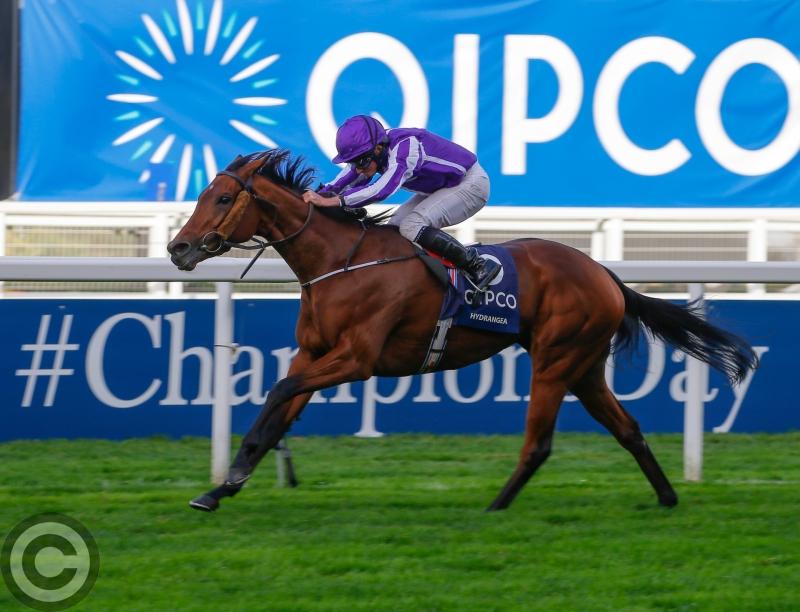 Aidan O’Brien has set a new world record for the number of Group and Grade 1 winners trained on the Flat in a calendar year.

Having set a new standard of 26 Group and Grade 1 victories, Aidan O’Brien now heads into the autumn and winter with many more opportunities to further add to his remarkable top-level tally. Indeed tomorrow (Sunday) at the French racecourse, Saint-Cloud, he is responsible for four of the seven runners in the Group 1 Criterium De Saint-Cloud and has one runner in the Criterium International.

A SEASON TO REMEMBER – AIDAN O’BRIEN’S EXTRAORDINARY 2017
O’Brien’s season got off to the perfect start with Churchill and Winter completing Newmarket and Curragh Guineas doubles.

At Epsom Highland Reel won the Coronation Cup while Wings Of Eagles was the first leg of a Ballydoyle Derby double, with Capri winning out in a thrilling finish to the Dubai Duty Free Irish Derby at the Curragh.

Royal Ascot saw a trio of Group 1 wins including Winter in the Coronation Stakes, and that filly made it four wins at the top level by July when landing the Qatar Nassua Stakes at Goodwood.

Another brilliant filly, Roly Poly, more than contributed her fair share, landing three Group 1s in remarkably game fashion beginning with the Falmouth Stakes in July, then the Prix Rothchild in Chantilly before returning to Newmarket in October to grittily take the Sun Chariot Stakes.

Winning 26 Group 1s in one season requires an exceptional team and O’Brien had winners across all the categories – two-year-olds, three-year-olds, older horses, colts and fillies. One of those fillies, Happily, won two Group 1s, including when beating the colts at Chantilly on Arc day in Qatar Prix Jean-Luc Lagardere.

By then the world record looked more than possible and when U S Navy Flag led home an incredible O’Brien 1-2-3-4 in the Darley Dewhurst at Newmarket and made it 24 top level winners for the season, it was only a matter of time, with strong Ballydoyle chances in Group 1s all over the world, that O’Brien would make history.

Hydrangea took the Qipco British Champions Fillies and Mares Stakes at Ascot, helping Aidan O’Brien equal the world record, and then a new world record was set when Saxon Warrior won the Racing Post Trophy at Doncaster, making it 26 Group and Grade 1 winners trained on the Flat in a calendar year

AIDAN O’BRIEN BIOG
Now the joint-holder of the world record for the number of Group and Grade 1 winners trained in one year, Aidan O'Brien has been Irish Champion Flat trainer in terms of prizemoney won in every season since 1999.

He began his career with Curragh trainer PJ Finn and was later assistant trainer to both Jim Bolger and Annemarie Crowley who he was later to marry. Aidan took out his trainer's licence in 1993 and his first winner was Wandering Thoughts at Tralee in June of that year.

In the early stages of his career, he broke all manner of records in National Hunt racing in terms of winners trained and also became the first trainer to saddle a 1-2-3 in the 1995 Galway Plate when Life Of A Lord defeated Kelly's Pearl and Loshian. Life Of A Lord went on win the Kerry National at Listowel the following September while he also proved successful in the Whitbread Gold Cup at Sandown the following April, before going back to Galway to claim a second consecutive victory in the Galway Plate.

His remarkable success continued when he moved to Ballydoyle in 1996 and he quickly established himself as one of the leading trainers in the world. O'Brien continues to enjoy tremendous success at home and abroad, winning the biggest races on a continuous basis. He became the first trainer to win the Epsom Derby in three consecutive years when Australia won in 2014, following on from Ruler Of The World and Camelot. Camelot's success was all the more remarkable as it was the first father/son (Joseph), trainer/jockey partnership to win a British classic.

The pair repeated the feat with Australia in the same race in 2014 and they also landed the Doncaster St Leger with Leading Light in 2013. At Royal Ascot in 2015, O'Brien saddled eight winners over the five days. Minding gave O'Brien his 250th Group/Grade 1 winner on the Flat when taking the 1,000 Guineas at Newmarket in May, 2016. O'Brien saddled his 50th winner at Royal Ascot when Even Song won the Ribblesdale Stakes on Thursday, June 17th, 2016.

In October of the same year, he recorded a magnificent 1-2-3 in the €5m Qatar Prix de l’Arc de Triomphe at Chantilly when the Ryan Moore-ridden Found led home Highland Reel and Order Of St George. All three are by leading sire Galileo.

This season saw no boundaries breached. Aidan recorded his 70th European Classic success when Churchill, ridden by Ryan Moore, landed the Tattersalls Irish 2,000 Guineas at the Curragh on Saturday, May 27th, 2017 and the trainer enjoyed his 300th Group 1/Grade 1 winner (Flat and National Hunt combined) when Highland Reel (Ryan Moore) took the Prince Of Wales's Stakes at Royal Ascot on June 21st, 2017.

For several seasons he had come close to matching the record for the number of Group 1 victories in a season but the autumn of 2017 finally saw that achievement added to an already stellar career when Hydrangea became his 25th of the calendar year when winning the Qipco British Champions Fillies and Mares Stakes at Ascot. A new world record was set when Saxon Warrior won the Racing Post Trophy in Doncasater on Saturday. 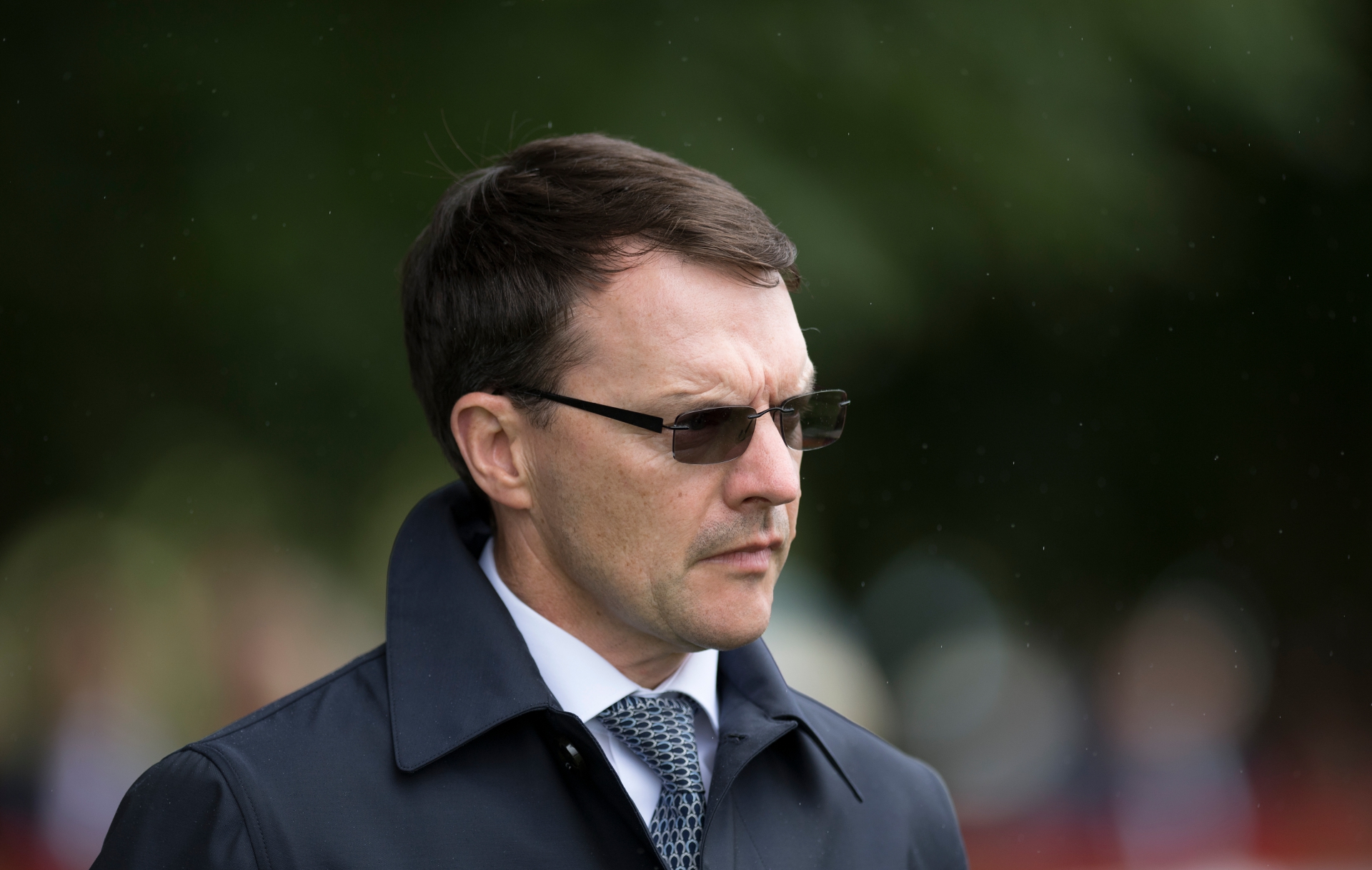 “It looked for some weeks like Aidan would create a new world record number of Group 1s in a calendar year and, now that he has, we shouldn’t allow what we thought was inevitable distract from the achievement: this is an incredible, historic feat and one worthy of great celebration,” said Horse Racing Ireland Chief Executive, Brian Kavanagh.

“In posting a tally never before realised in the international world of Flat racing, he has also captured the imagination of the sporting public at large. Knowing his dedication and the talented team of people and horses he has assembled, I would expect Aidan could add even more Group and Grade 1 success to his tally with the number of top level races left to compete for around the world in 2017.”