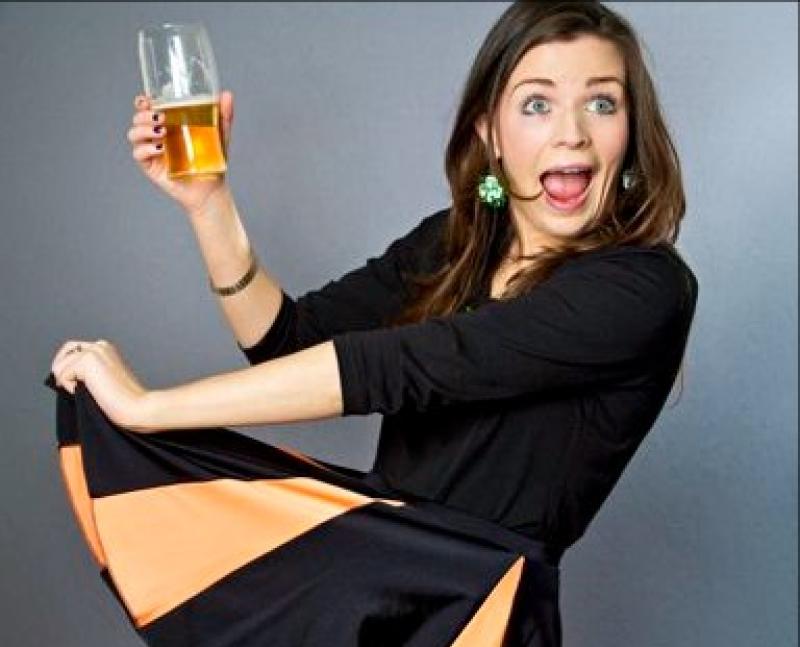 It's rare enough we come to the attention of those beyond the county border, but the Leinster Express found itself the focus of attention from a Kildare woman, no less, over the last couple of days.

Not since we were giving out about the Cumann na mBunscol back in May had we been the centre of such non-Laois interest, but that all changed over the last couple of days.

Comedian and actor Aisling Bea may have started out life in Kildare, but things have since improved dramatically for her. She is now a hugely popular and award-winning performer in Ireland, the UK and further afield.

Little did we know when we launched our Sports Star of the Month poll, in association with Downey's Auto Stop, on Tuesday, but the talented Ballyroan Abbey and District athlete Sorcha Moloney was a cousin of Ms Bea, who soon threw her support behind Sorcha on Twitter.

Unfortunately, from their point of view, Ava O'Connor had raced out to a strong start, which eventually proved to be enough of a lead to hold off a formidable comeback from Sorcha.

Not only did Sorcha receive some celebrity backing, but so too did Ava, with former Roscommon minor football goalkeeper Chris O'Dowd, once described as a "very, very funny fella" by Sunday Game pundit Kevin McStay, throwing his support behind the Mountmellick girl.

In the wind up, it was Ava who powered to victory, and is our Sports Star of the Month for November. Congratulations to her for topping the poll, and to both her and Sorcha for their superb gold medal winning performances in Adamstown last month.

Best of luck to Aisling Bea also, who will be starring in a new drama on BBC in January called 'Hard Sun', which we would like to think is about summers on the bog, but probably isn't.

REVEALED - The winner of our Sports Star of the Month for November is...