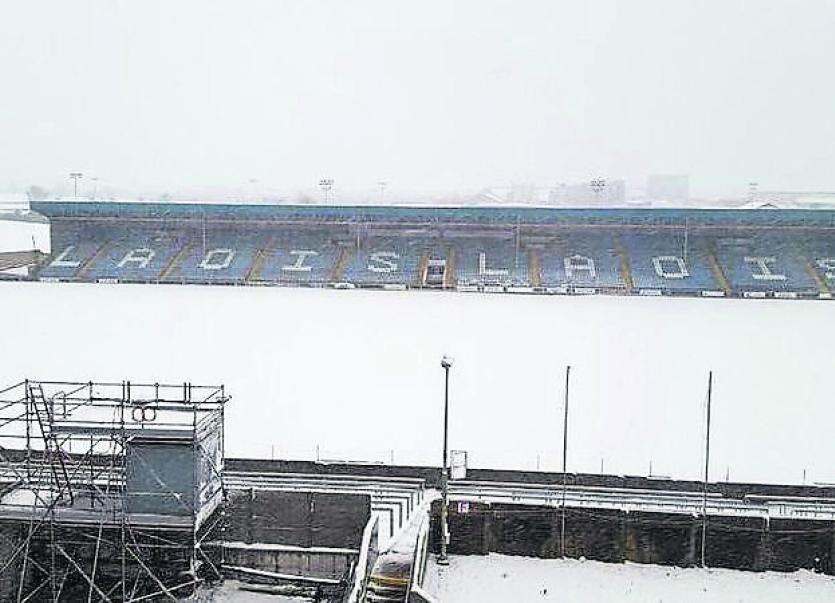 A busy weekend of sporting action in Laois hangs in the balance, as the projected 'Beast from the East' weather front looks set to wreak havoc.

The Laois senior footballers and hurlers are due to play on Sunday afternoon in a double header at O'Moore Park, with the footballers up first against Antrim at 12.30pm, and the hurlers playing Dublin at 2.30pm.

Laois GAA secretary Niall Handy confirmed to the Leinster Express this morning that a decision will be made on Saturday night, or Sunday morning, about whether the games go ahead.

Traditionally the GAA has waited until the morning of games to decide on whether or not they will go ahead, as was the case in the Derry v Offaly NFL game a few weeks ago, but Laois may be forced to make the call on Saturday night due to the travel distances involved for Antrim, with that game taking place at the earlier time of 12.30pm.

It is believed Thursday and Friday are likely to bring the worst of the weather, with the first of Laois GAA Draws scheduled for Friday night now also in doubt. If a Status Red weather alert is declared, it is likely to be postponed.

Portlaoise AFC are also due to play at home on Friday night against Broadford, and while the game is currently scheduled to go ahead, it is probably going to fall foul of the weather.

Saturday sees the semi-finals of the Kelly Cup, and Round 3 of the Palmer Cup, down to be played, but all four of those games are now in jeopardy also. A full programme of MSL fixtures is also in place for Saturday, and will likely see a significant number of cancellations.

The Laois camogie team are to play Kilkenny in Round 2 of the league on Saturday.

On Sunday the Laois Ladies are slated to play Sligo, in Sligo, in Round 5 of the league, while Scoil Chríost Rí are also down to play their All-Ireland Colleges SFC semi-final on Sunday as well. CCFL fixtures are also likely to be badly disrupted.