Laois denied top spot in Leinster U-16 championship by Carlow 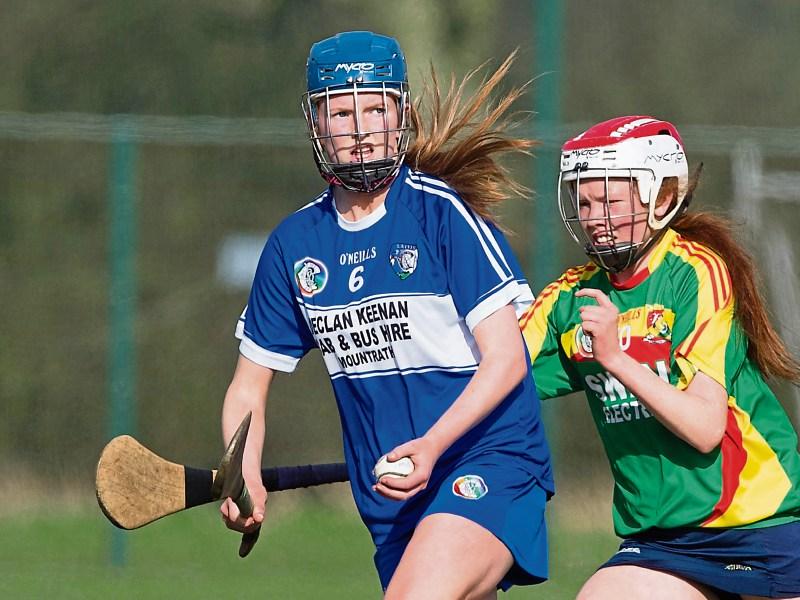 From the throw in Laois got the ball down into Camross' Fianna Byrne to split the post for the opening score. Carlow put Laois goalkeeper Aedin Lowry under pressure, making her pull off one of her capable stops of the day.

Lowry was put under pressure numerous times and to her credit only let four past her in the 60 minutes. Carlow were awarded a 45 with Catherine Kavanagh popping over. Carlow’s first goal came from Emma Lillis who slipped one past Lowry.

Laois rallied back down the field and with a bit of confusion between Carlow goalie Sarah Jane Doran and her backline, Portlaoise's Rebecca Reddin hit the back of the net.The next ten minutes, Carlow were on top of Laois with points from Kavanagh & Chloe Beck before Laois’s Eireann Cole split the post on the half time whistle, leaving the score Laois1-2 Carlow 1-4.

Carlow came out of the blocks in the second half looking to top this group. Two points from Kavanagh and a second goal from Carlow’s Caoimhe Coady was putting distance between the sides. Sub Hannah O’Connor got a shot on goal but credit due to the quick reaction of Carlow goalie Doran to clear out to the side.

Kavanagh and Lillis for Carlow were on fire and added points and goals to their tally, leaving a mountain to climb for the Laois ladies. Laois couldn’t find an answer to handle the skilful Kavanagh and Lillis. Carlow came out deserving winners and table toppers.

All is not lost as Laois now face Dublin next Sunday in the Leinster semi-final.