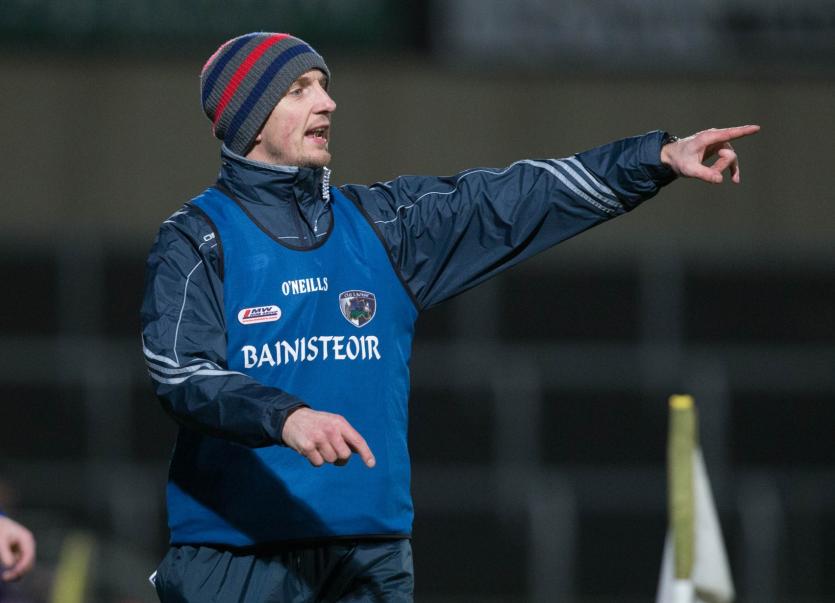 After watching his side edge a four point victory over Carlow in the Leinster semi-final in Croke Park, Laois Senior football manager John Sugrue was happy to have another game in the Leinster championship to look forward to – and says his Laois side “will go hard at it” ahead of their first Leinster final appearance in eleven years.

With his ears still ringing from the roar at the final whistle, and the noise of the second semi-final between Dublin and Longford just after starting in the background as he speaks, the Renard native reflects that their tactical battle with Turlough O’Brien’s Carlow “wasn’t pretty for long stretches of that game, but we managed to make our way through it.”

It was a low-scoring affair, as expected, and Carlow were just one point off with ten minutes to go despite Laois playing the better football.

“At times in the second half it probably went a bit too close for comfort for us,” Sugrue admitted.

Speaking about, most likely, facing the reigning Leinster and All-Ireland champions Dublin in the final in two weeks’ time, Sugrue was positive: “We’ve got another game in Leinster. We wanted to stay in Leinster as long as we could. We’ll see who comes out of the semi-final on the other side, and we’ll just go hard at it. That is the scenario we’re faced with.”

“Guys who had standout performances have been in very good form all year, so hopefully they will carry that into a Leinster final. They will need to.”

While reaching a Leinster final is no easy feat, the win came at a cost as Laois lost their captain Stephen Attride to a serious looking head injury late in injury-time.

The Laois manager revealed: “He was not great when the medics went into him, but he was coming through as he left the field.” The Killeshin man has now been ruled out of the Dublin clash.

In what was a devastating week for the O’Carroll family, Evan sprung from the bench and made an instant impact winning two frees and tacking on the insurance point at the end.

“A tough day for Evan,” Sugrue said. “It’s probably a fitting tribute to his dad that he came out and he finished the game for us.

Both Laois GAA and Dublin GAA senior football captains to miss out on Leinster final.