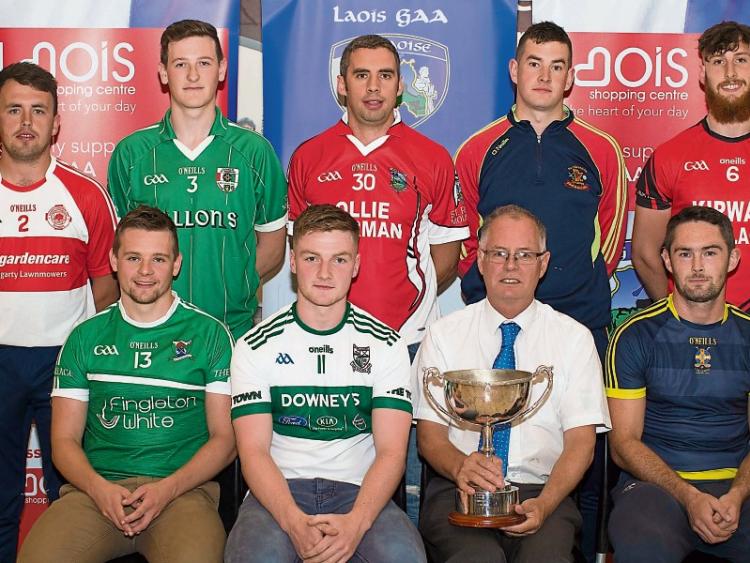 This week also sees the start of another cracking competition, as the Laois SHC 'A' rumbles into life on Thursday when Portlaoise meet Rosenallis in Mountmellick.

After Ballyfin Gaels pulled off something of a surprise victory last year, it has left the SHC 'A' with an intriguing mix of teams.

Portlaoise were relegated last year and normally the team coming down from senior level are favourites to go back up, but you couldn't say that this time around. Having won minor and U-21 titles in recent years, Portlaoise just don't seem to have gotten the benefit of that at senior level, and their league performances this year would attest to that.

Laois, as a county, needs hurling to be thriving in the town, but it is not at present, despite the efforts of those fighting hard within the club to keep it going.

Rosenallis this week will be a major test for them. Fresh from winning a Division 1A title, they are brimming with confidence and have strength right across the side.

John Lennon and Ronan Murray are a good spine to the attack, and after failing to really impress in the competition last year, they look better placed for a challenge this time around.

Portlaoise will look to Aaron Bergin for scores, but they need a number of those young players to come through in recent years to start pulling their weight and performing at adult level.

The Harps were widely expected to at least make the final last year, but they were caught on the hop in the semi-final by Ballyfin Gaels. After that chastening experience, they have returned a bit stronger this year, so far at least.

They led ACFL Division 1 for a spell, before eventually fading away, although there was no shame in that. They are doing some good work at juvenile level, and this bears out with the likes of Ciaran and Daniel Comerford and Padraig Delaney coming through.

Losing Pakie Flynn leaves them with a big gap to fill at full-back, but they will have to be targeting this year as a turning point after an alarming slide in recent seasons. They will have more good young hurlers joining the adult ranks in the next few years, and having the club back at senior level would give everyone involved a massive lift.

Colt Gaels, beaten in last year's final, should be back in the hunt as well. Chris Murray is a superb forward at this level, and the addition of a few extra players from Clonad reinvigorated Colt last year. With a good few other teams improving since last year, however, Colt Gaels will have to do likewise to have any hope of a repeat final appearance.

Outside of those teams, Clonaslee St Manman's and Shanahoe Gaels will be looking to spring a surprise or two and put themselves in the frame for honours. While both of some good players, neither look to have the overall quality needed at this level.

St Fintan's Mountrath probably should be aiming for a level higher than this, but are a few years away from challenging for that, while at the bottom, Trumera could have a big fight on their hands to survive.

They are in a really tough group with Portlaoise, Rosenallis and Clonaslee St Manman's, and it's a big jump to make from the IHC, especially with such a small panel.

This should be as closely contested as the senior championship, but we'll give a tentative nod to a Harps team which looks to have righted itself for a title tilt.