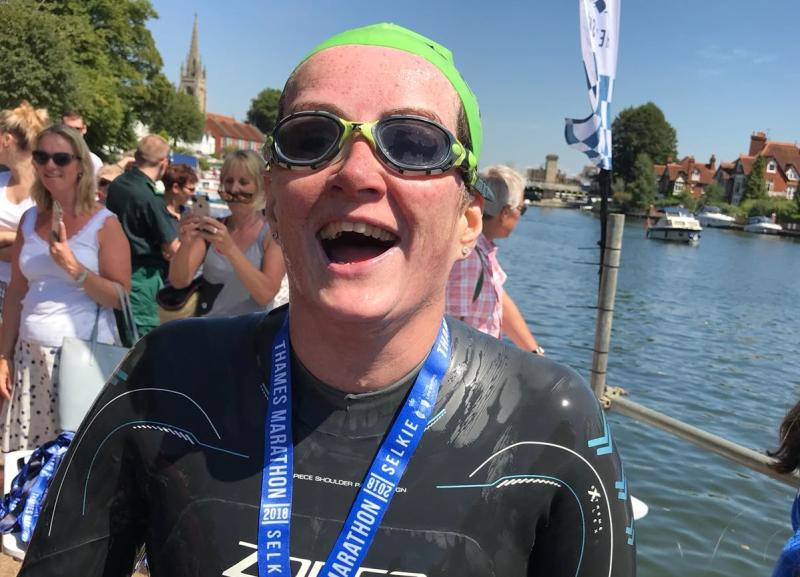 A happy Joan Fennelly after completing the 14km Thames Marathon

An Laois woman who got her first swimming lessons to get fit for her 50th birthday, took on the longest river marathon in the UK last weekend.

Joan Fennelly from Mountmellick decided to include the 14km Thames Marathon as part of her personal ongoing 100km fundraiser for the charity Kidasha. Read more on her challenge here. 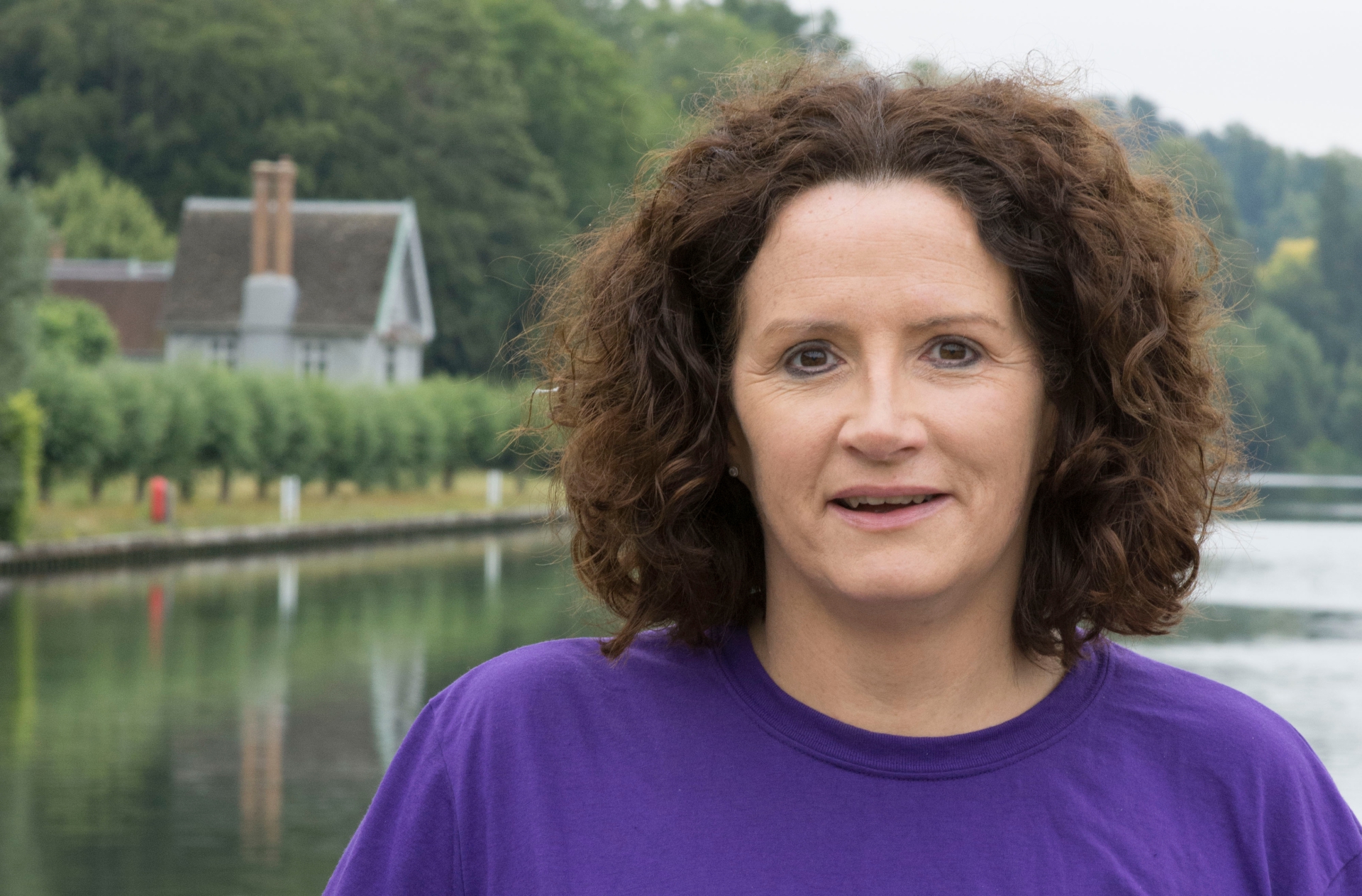 Last Sunday August 5 she jumped into the English river along with hundreds more, to a disastrous start, she told the Leinster Express.

"My timing chip kept falling off my ankle and was a complete distraction, and I lost about 10 mins faffing about with my leg up on a canoe trying to get it sorted," she said.

Joan did not let it defeat her and took off fast to catch up.

"I was very happy that despite the troubled start I managed to catch up with two of my swim buddies from the Henley, and the three of us finished together in 5 hours and 50 mins. I did it!," she said. 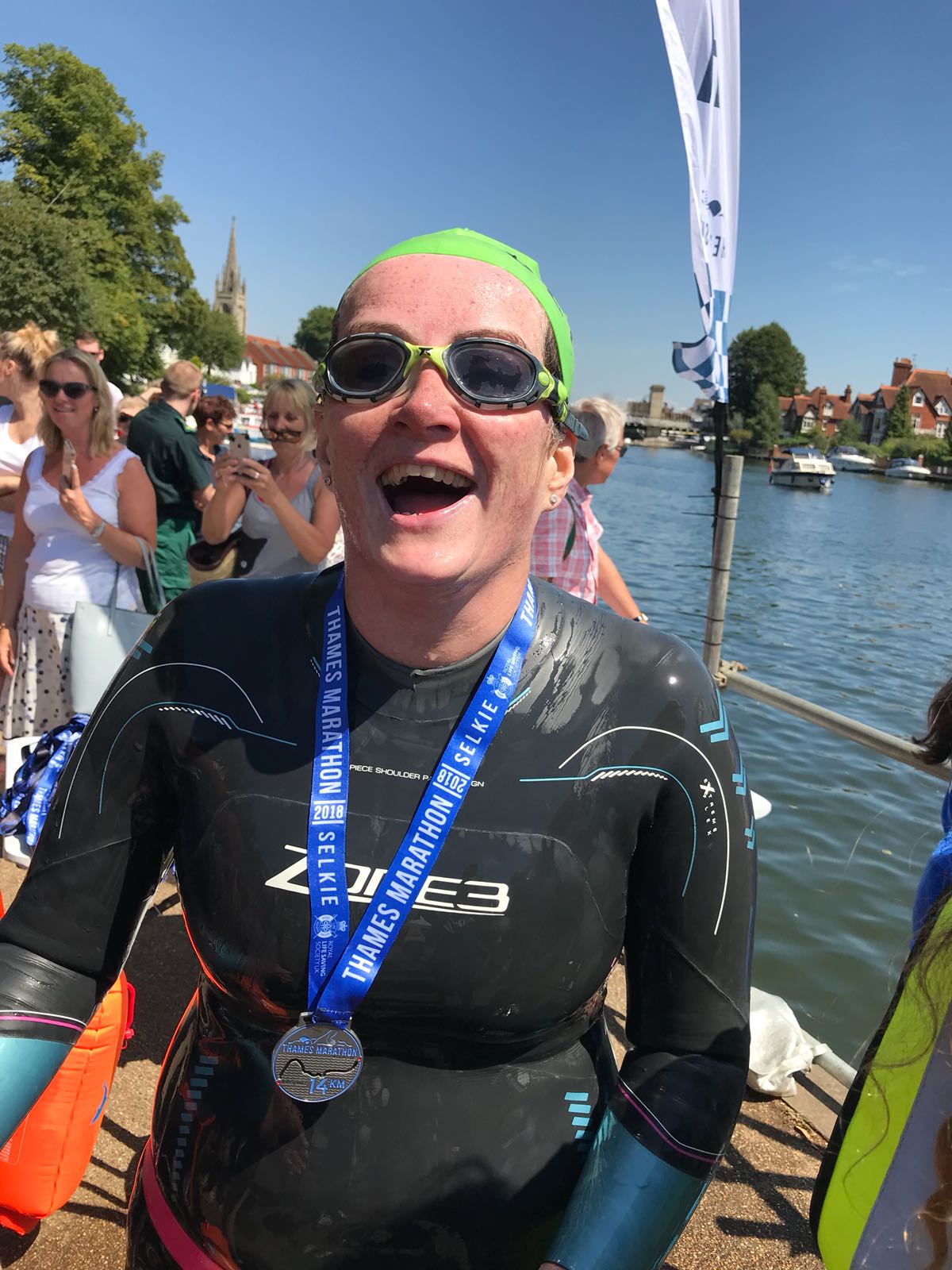 She enjoyed the endurance swim, which she had expected would take her up to 7 hours to complete.

"It was a spectacularly beautiful day and the scenery en route was stunning. Janice Miller who runs Kidasha, and her husband Jamie were my support crew yesterday. While I couldn’t hear them cheering me on from the river banks, it was great to see them and a great comfort to know that they were there to help at the drop of a hat," she said.

It means she has almost completed the huge charity challenge she set herself, to swim 100km in 100 days this summer, before September 1.

"I am bang on 90km completed.  I'm feeling a bit tired and a little stiff today, but much better than I thought I would. Delighted to have pulled it off.  I might go for a short swim tonight, and am due to do 2KM in the Wargrave Regatta swim on Saturday morning at dawn.  All going to plan, I hope to have the 100km completed by the middle of next week," Joan said on Tuesday.

So far she has raised almost £2,000 online, and her mother Marie in Mountmellick is also accepting local donations for Joan.

"With UK gift aid from my UK donors, there's probably another £300 or so, and my employer will top that up by about £250.  I've also gotten a few verbal pledges, and with donations still trickling in online and offline (some big and some small), I just might make it to £3,000 by the time I'm finished," Joan said.

Below: Joan and other swimmers in the Thames Marathon. 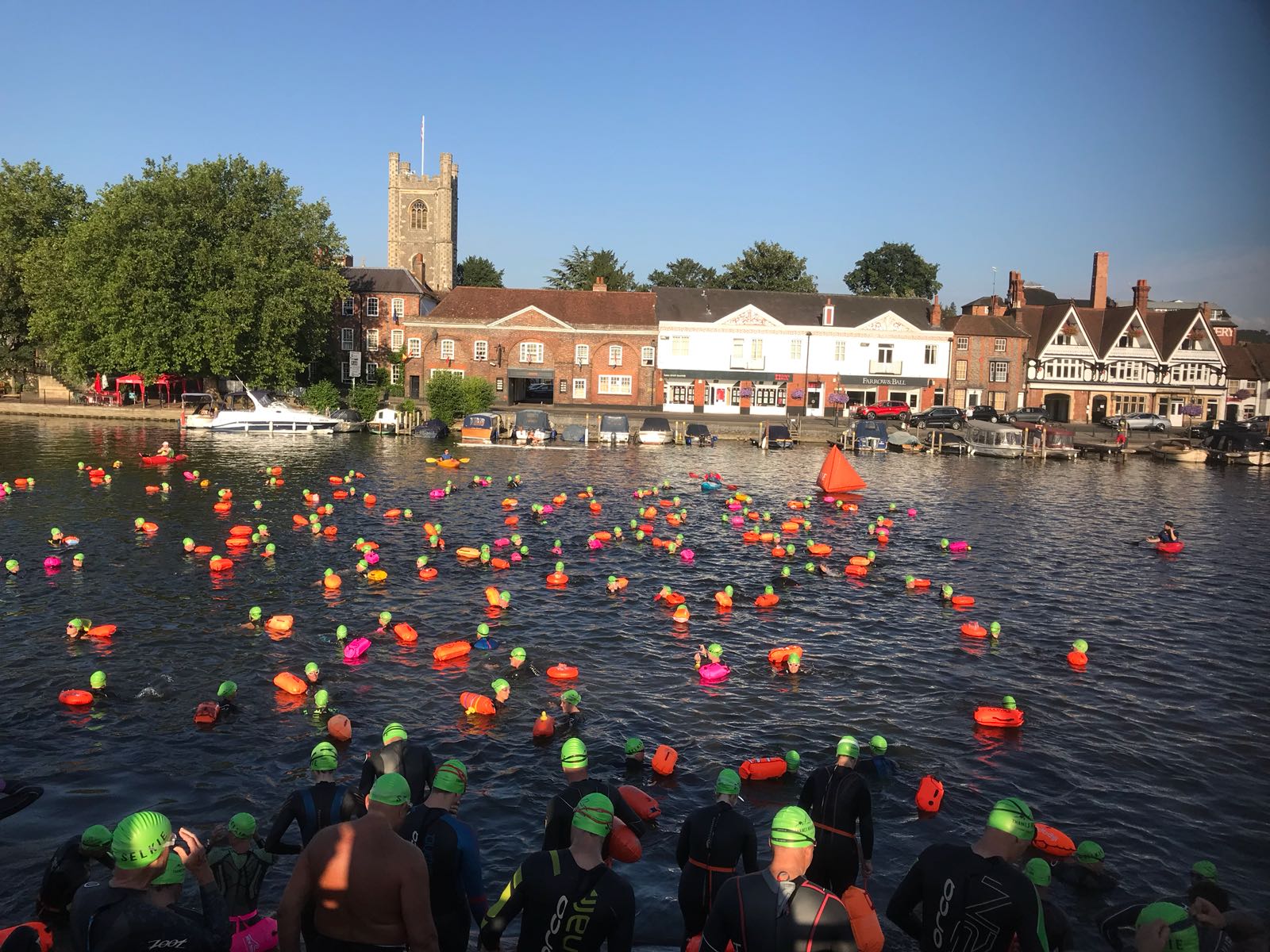